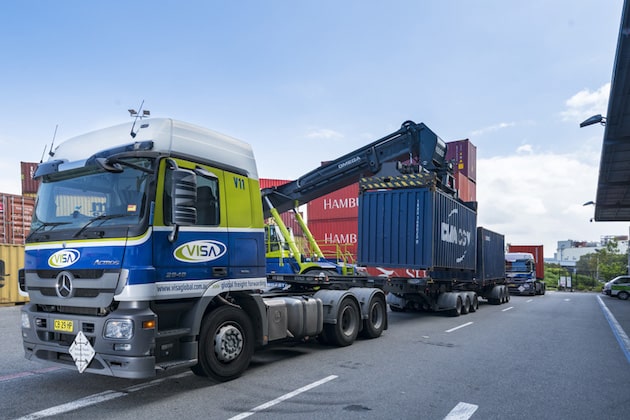 “The opening of our new Erskine Park facility is a strategic one for us that will assist in achieving this,” said Schirato.

“We have received positive feedback so far from both state and local government in response to our new strategic hub in the west.

“The unique operations of our Erskine Park facility involves collecting containers from the port at night and taking them to Erskine Park where they will stay until the next day, facilitating deliveries to our customers in Sydney’s west during the day.

“Currently, we deliver containers and shipments from our Banksmeadow office to our customers in the west. Due to Sydney’s everyday congestion, our trucks would sit in traffic hours at a time and we would be fortunate to be able to complete two deliveries per truck.

“Now, with Erskine Park, the container pick up at night will mean we will avoid Sydney’s day time traffic, facilitating faster, shorter and more efficient deliveries to our customers in the west. Since our trucks will no longer be sitting in traffic during Sydney daylight hours, we will be reducing the overall emissions of our fleet,” she said – explaining that initiatives like this will become even more crucial as Sydney’s population, and road congestion, grows.

“Congratulations to the VISA Global Logistics directors, Vittorio, George and Garth for cutting the ribbon, and to National Transport Manager, Scott Walker, for explaining the ‘game-changing’ potential of the site for VISA and its customers,” he said.