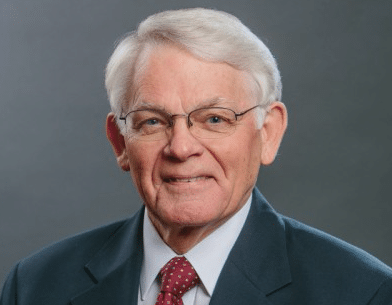 US-based OEM, Wabash National, is grieving the loss of co-founder and Chief Technology Officer, Rod Ehrlich. He was 72 years old.

“To know Rod was to love him,” said Wabash National President and Chief Executive Officer, Brent Yeagy. “Wabash National’s legacy is his legacy, and we are grateful for his friendship, mentorship and leadership. Our thoughts and prayers are with the Ehrlich family as they mourn the loss of a beloved husband, father and grandparent. We ask his colleagues in the industry to join us in respecting their family time to grieve and remember his legacy.”

Rod spent the majority of his lifetime shaping the trailer manufacturing industry. In relentless pursuit of superior performance through precision in engineering, Ehrlich reportedly personified innovation for Wabash National and consistently raised the bar in the industry, making a significant impact on trailer design and modern commercial transportation.

In April 1985, Rod followed his brother, Jerry Ehrlich, to a new company Jerry founded called Wabash National, where Rod assumed the role of head of engineering. Over the next 30-plus years, Rod helped author more than 60 patents at Wabash National that advanced the company and the industry.

Some of Rod’s numerous innovations include the industry’s first thin-wall, sheet-and-post trailer; the aluminium plate trailer that replaced traditional fibreglass-reinforced-plastic (FRP) models; and the DuraPlate line of composite plate trailers that continue to transform the dry freight van business.

In 1997, Rod Ehrlich was honoured by Purdue University School of Engineering with an award as Alumnus of the Year for his contributions to the engineering profession. In March 2012, Wabash National opened the Ehrlich Innovation Center in honour of Rod and his innovations that continue to move the company and the industry forward.