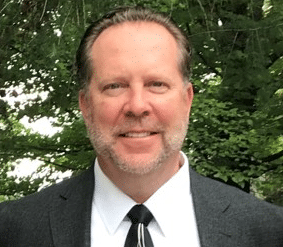 The National Trailer Dealers Association (NTDA) installed Scientific Brake & Equipment President, John Princing, as Chairman of its Board of Directors during the Association’s Annual Convention in the US on 3 October.

“John is a strong proponent of the trailer industry and his stewardship will help the Association expand its industry outreach,” said NTDA President, Gwendolyn Brown.

“The NTDA is the conduit to bring everyone together,” said Princing. “The Association is about truly supporting each other, whether it is another dealer, supplier or manufacturer.”

One of Princing’s goals as Board Chairman is to attract more young people into the industry.

“College graduates probably aren’t thinking much about the trailer industry, but new technologies, good-paying jobs and the opportunity for a long, rewarding career will lead them to us, provided we effectively get our message out,” said Princing.

“For example, autonomous vehicle technologies will enable more trailers on the road for more hours each day, and with a greater impact on the economy. That’s all very appealing to younger people.

“The many changes in the industry will present challenges to the NTDA as well. Part of my role will be to help the NTDA increase its membership and ensure it can grow staff to provide the highest level of service to members,” he said.

Princing has spent much of his adult life in the semi-trailer industry. His father, Tom Princing, purchased Scientific Brake & Equipment in 1979. John spent summers from college working for the company. After earning his degree in Economics from the University of Michigan, and helping independent business owners optimise their estate planning, Princing did the same for his father’s company. Princing returned full-time to Scientific in 1995, working in service, parts, purchasing and sales before eventually becoming president of the company in 2002.

In related news, American Trucking Associations President and CEO, Chris Spear, provided a ‘hot take’ on breaking policy initiatives regarding trade and vehicle autonomy at the NTDA Annual Convention. He reportedly emphasised the importance of seizing the moment to take action to protect the industry.

Speaking at the Annual Meeting, Spear said he was “very encouraged” by the recently-reached trade agreement with Canada – with Mexico onboard, to extend the trilateral NAFTA pact that began in 1994. He cited statistics, noting that Canada is the largest trading partner of the US, and that 71 per cent of border crossings with Canada occur by truck, along with 82 per cent of those crossings with Mexico. All told, trucks account for 76 per cent of NAFTA surface freight.