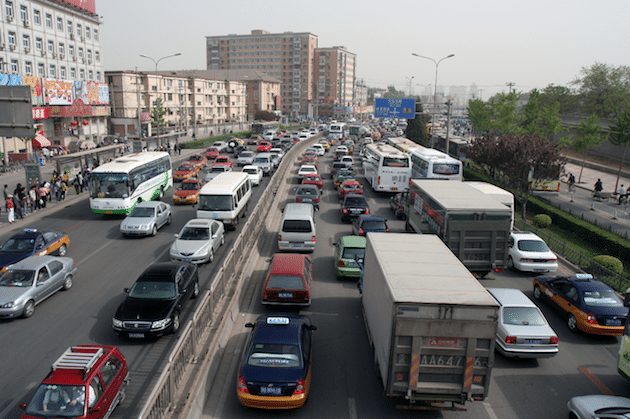 Kazakhstan and China have opened a new border crossing to boost transport and trade along the new Western China to Western Europe 8,445 km expressway – part of China’s Belt and Road project – according to the International Road Transport Union (IRU).

The World Bank predicts the corridor will more than double road freight volumes between China and Western Europe.

The opening of ‘Nur Zholy’ (on the Kazakh side) or Khorgos (on the China side) is reportedly the culmination of the huge expressway infrastructure project, traversing 2,233km on Russian territory, 2,787km in Kazakhstan and penetrating 3,425 km into China.

“This transport corridor links Europe and Asia, stretching from Chinese Lianyungang on the Yellow sea coast to Saint-Petersburg via Kazakhstan,” IRU said in a statement. “It is a fully operational trade route with TIR-ready border crossing points and plans to open fast – or ‘green’ lanes to speed up TIR transit. Operations along the corridor will deliver economic and social benefits to the whole region.”

Senior governmental officials from China and Kazakhstan attended the opening ceremony in September.