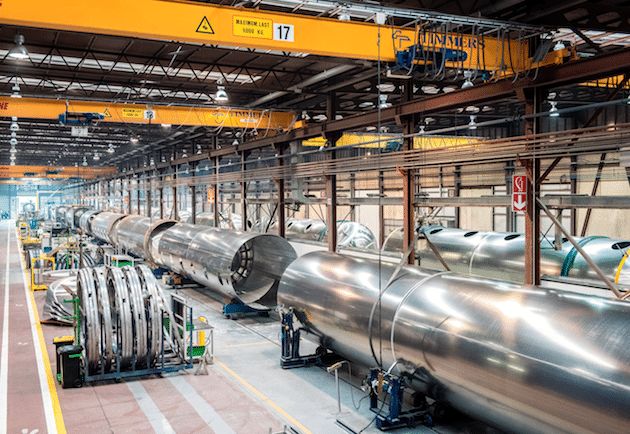 LAG Trailers COO, Rob Ramaekers said that thanks to this investment the aluminium containers can be welded from start to finish in the same stroke line.

“As a result of the implementation of this new line, the efficiency increases by more than 15 per cent while LAG lifts the output in one shift from five to seven units per week.

“Combined with the increasing use of the 'global supply chain' of the transport division within the parent company, CIMC, this brings the capacity for silo containers up to 600 units per year,” he said.

LAG Trailers is investigating in detail which steps in the production process can be further automated.

This production optimisation reportedly follows investments in 2017, which comprised a cash injection of approximately €2 million in the spray and drying cabins as well as the final assembly line for both silo semi-trailers and silo containers.

The assembly line reportedly increased its capacity in one shift to 20 units per week, so that the total available annual capacity is 1,800 silo vehicles.

“All this is part of the strategy to increase the total production of tankers with 25 per cent by 2020 to reach 2,500 vehicles on an annual basis,” said Ramaekers.