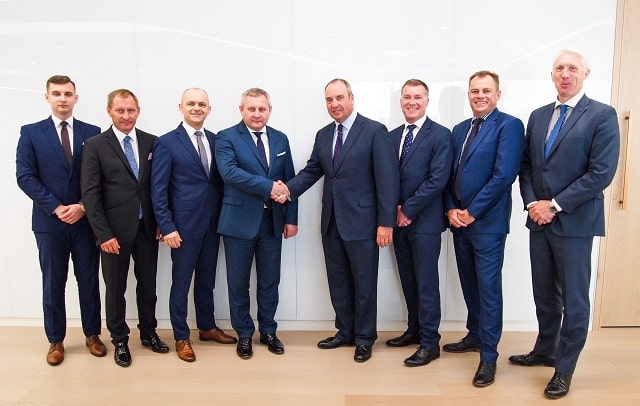 The Wielton Group announced the acquisition of UK-based OEM, Lawrence David, at a press conference at the IAA Commercial Vehicles Show in Hanover.

In the first stage of the transaction, reportedly valued at €29.2 million, the Wielton Group will acquire 75 percent of Lawrence David's shares, with the remaining 25 per cent within the next 4 years.

Lawrence David has over 45 years of experience in the industry, producing semi-trailers and bodies, and ranks in the top three British OEMs.

Wielton Group CEO, Mariusz Golec, said that the key in implementing a development strategy through acquisitions is multibranding. He clarified that that the Group's strength is based on recognisable brands such as Lawrence David which has previously been applied to Langendorf and Fruehauf.

The company will therefore continue operating under its current name – Lawrence David – with Wielton playing a consolidating role.

“We greatly appreciate Lawrence Marshall's many years of experience and professionalism, which is why we entrust him with the responsibility for conducting the integration process and continuing the management of the company,” said Golec.

Lawrence David operates with an estimated total capacity of 23,000 vehicles a year.

“Thanks to the acquisition of Lawrence David, the Wielton Group is entering a stable and receptive market,” said Golec.

“For us, this acquisition is an opportunity to enrich the Group's offer with the company’s unique products.

“Particularly noteworthy are the products from the last mile/home delivery line, which are widely used in the FMCG industry and the rapidly growing e-commerce sector. Another interesting product are the pillar-less curtain trailers that allow more efficient loading and faster transport.

“We expect that on more demanding markets, this product may partially replace traditional semi-trailers. On the other hand, we see great potential in complementing Lawrence David's offer with tippers and container semi-trailers. Ultimately, the Wielton Group will also supply ready-made trailer chassis for Lawrence David products,” he said.