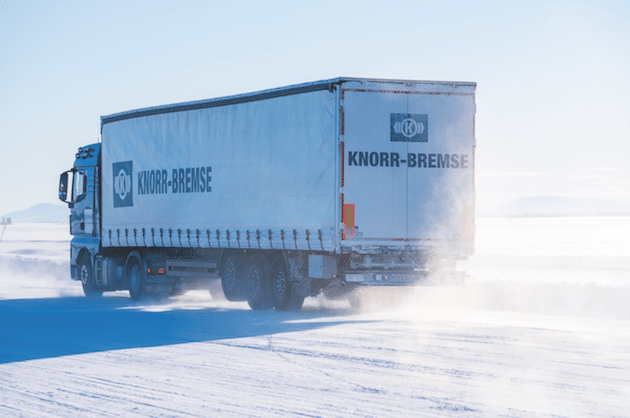 The trailer manufacturing industry is about to experience a fundamental shift in innovation dynamics as highly integrated suppliers and tech-savvy executives prepare to take on a whole new level of responsibility.

The world of heavy vehicle manufacturing is changing. As the convergence of megatrends such as digitisation, electrification and connectivity continues to reshuffle the global automotive industry, innovation pressures once exclusive to car design are now also affecting truck and trailer making.

Previously constrained to the ever-so-idealistic start-up community, concepts like electric propulsion, asset sharing or block chain-based cargo tracing are now also infiltrating traditional transport systems and starting to challenge the very DNA of commercial road transport as we know it.

But while many a truck OEM is facing the challenge head on – even the most conservative brands have now embraced the notion of electrified, autonomous transport as a credible future scenario – trailer building is only just opening up to the disruptive forces of the new economy.

That somewhat delayed response to shifting market forces, however, is not a result of misguided priorities. According to Christoph Günter, head of Knorr-Bremse’s Trailer Sales and one of the industry’s most influential young executives (see side bar), it’s inherent to the very structure of the industry.

“Truck and trailer makes have historically not always moved at the same pace,” Günter shares. “Ever since the invention of the diesel engine, truck manufacturing has closely followed the car industry’s lead – especially when it came to standardising key components and brand consolidation. Trailer building, meanwhile, has always remained somewhat of a separate entity, and it’s still keeping a distance today.”

According to Günter, the result is a less consolidated market dominated by small and medium-sized family businesses that is still “surprisingly fragmented” on a global level. “That fragmentation – paired with a distinct lack of universal standards and relatively low average margins – is making it virtually impossible to upscale research and development if you aren’t a big-league OEM.”

The problem, he adds, is that upscaling R&D – covering the entire spectrum from traditional component design through to cloud-based IT management – is exactly what’s expected of the trailer manufacturing community right now. “When we talk innovation in a road transport context, we often focus on the truck. But if you take into account all the socio-economic shifts we’re currently observing around the world, you soon realise that you can’t solve a complex equation by focusing on a single variable. You need to look at the big picture, including the complete truck and trailer combination as well as the environment it’s working in.”

One example, according to Günter, is the humble disc brake. “A brake is not a brake anymore,” he says. “It has to meet the highest safety standards – even after long hours on the road – and be as low-wearing and easy-to-maintain as possible. At the same time, it has to be compatible with existing electronic safety systems and more and more convey crucial maintenance data to head office. It’s a whole different value proposition now, which is why we will unveil a whole new disc brake generation at the upcoming IAA Show (see breakout box).”

As a result of that development, he says trailer manufacturing could be facing a crucial turning point in 2018 as innovation cycles continue to shorten: “On the one hand you have a growing innovation backlog that will demand resources only a select few have access too; and on the other hand you have customers demanding car-like safety technology and transparent performance data now. So even established trailer manufacturers will secure their future market position only by fundamentally re-thinking their approach to product development and innovation.”

According to Günter, especially medium and smaller manufacturers might not be able to continue driving innovation in-house and are seeing potential by cooperating with suppliers like Knorr-Bremse, which has evolved from a braking technology specialist into a powerhouse with revenues of more than €6.1 billion (IFRS) in 2017 providing integrated mobility solutions covering “everything associated with driving dynamics,” as he puts it (see breakout box).

“At Knorr-Bremse, we have strategically positioned ourselves to take on more responsibility and serve the market on a more systemic level – drawing not only on our experience in the trailer space, but also on our work with truck manufacturers across the world.”

Günter adds that Knorr-Bremse’s award-winning work in braking technology has allowed the organisation to understand trailer component design on the most granular level, “enabling us to gradually build our technical expertise to a point where we’re comfortable supporting the industry in everything related to braking, pneumatics, electronic systems and overall trailer safety.”
What was once a highly specialised one-product company is now a dedicated system supplier, which understands market trends on a micro level and develops adequate technological responses in a global context, he summarises. Delivering these findings to industry, however, continues to be a highly personalised job.

“As big as the challenge may be, the solution has to suit the individual company. As a family-owned and -operated organisation, we believe Knorr-Bremse is in a perfect position to deliver on that promise and communicate with the trailer industry at eye level. Being a highly sophisticated international organisation on the one hand, we’re also an agile business with fast response times.”

Internally, Günter reveals, Knorr-Bremse is specifically focusing on four global megatrends that may affect his clientele. Along with traffic safety, in the next few years, the megatrends that shape the mobility sector will be emissions reduction, electric mobility, automated driving and connectivity.
“These make for an incredibly complex constellation as each section is highly dynamic in its own right, but there’s also a lot of crossing over between them,” he explains – admitting that only by making full use of Knorr-Bremse’s global manufacturing footprint and high-tech research facilities was his team able to translate global trends into technical solutions that suit small and medium-sized businesses as well as global OEMs. “It’s easy to see why innovation pressures are weighing so heavily on the industry now, and why companies like Knorr-Bremse are taking on more innovation responsibility.”

As a consequence, Günter believes the relationship between manufacturing businesses and suppliers is bound to change dramatically over the coming decade. “Acting as research and development hubs, suppliers like Knorr-Bremse will help the vast majority of small and medium-scale OEMs bridge the innovation gap between them, the plethora of well-funded start-ups pushing into the market and the big two or three at the top. It could become the most fundamental change in innovation dynamics we’ve seen in the recent history of our trailer industry.”

As such, Günter’s vision going into the 2018 IAA season is of an industry that’s more collaborative than ever before, with increased communication between those specialised in vehicle manufacturing and those focusing on equipment design. “What I expect is an ongoing, intense dialogue between Knorr-Bremse and our clientele, but also an increased focus on utilising internal synergies. There is an opportunity here to finally enable a new degree of standardisation that will help us set the course for a more integrated future.”

Despite his high ambitions, what Knorr-Bremse’s go-getting young executive does not want is “infiltrate trailer manufacturing to the point where we build the vehicle”, as he points out. “Does it make sense to turn an entire value chain inside out?” he says. “Personally, I don’t think so. There’s still a high degree of expertise needed to manufacture world-class vehicles, and that’s certainly not our core competency here at Knorr-Bremse. We’re in a different game – we provide world-class systems solutions.”

IAA Fact
Knorr-Bremse is about to launch a new generation air disc brake at the upcoming IAA Commercial Vehicles Show in Germany. Dubbed NEXTT, the single-piston air disc brake was optimised for light to medium 22,5“ applications up to 19kNm brake torque – providing users with weight savings up to 3kg per brake.  Using the groundbreaking Active Calliper Release, fuel savings of up to one per cent are possible. According to Knorr-Bremse, NEXTT brakes will be easy to service and prepared for future requirements regarding HAD and brake health monitoring.

Q&A
Christoph Günter, Vice President Sales & Marketing Trailer, Special OE & Agricultural Vehicles at Knorr-Bremse, is the face of a new generation of young leaders that are changing the world of trailer design as we know it. Unafraid of operating in a tough business environment, they consciously remodel the traditional boundaries of component manufacturing and appreciate commercial road transport as part of a complex eco-system affected by a multitude of variables ranging from traditional engineering through to international politics.
Q: Having laid the foundation for your career during the Global Financial Crisis (GFC), you must be used to the unpredictability of global manufacturing. With that in mind, how do you even prepare for future challenges?
A: It’s really just a question of staying alert – you simply can’t afford dropping the ball in our industry. That’s why we cover everything from technology through to politics at Knorr-Bremse and try to predict which direction the industry will take. As part of that, analysing those much talked-about megatrends really has become a crucial part of our work. Of course I wish we had some sort of crystal ball to predict the future, too, but we don’t. Hard work is the next best thing.
Q: How far do you dare look into the future?
A: We only focus on the next five to 15 years to plan future R&D projects – that’s about as far as you can stretch it. If you consider just how much technology and politics have changed in the past decade – think of the iPhone – you will appreciate why that’s a vast timeframe already.
Q: How would you describe that special ‘tribe’ of people dedicated to future-proofing trailer design with such commitment?
A: Within the automotive community, the trailer segment is certainly unique – mainly because people identify with it on such a deeply personal level. Some say it’s almost like a family, and I tend to agree. Many businesses in the space are firmly built on values like loyalty and continuity, and I dare say most of them are unafraid to sit out a short-lived slump in favour of long-term success. The same is true for those at the helm, by the way – most often you meet self-made entrepreneurs who value family and direct lines of communication. They genuinely care about the industry and the people within, even as it’s becoming more and more complex. They are still in touch and make decisions where they have to be made.
Q: For the past half-decade, you’ve been the driving force behind Knorr-Bremse’s trailer technology division. Which personal achievement are you especially proud of looking back?
A: Most certainly I’m proud of our new ‘NEXTT’ disc brake product, which will debut at this year’s IAA Show. I’ve been part of the team that initiated the project ever since I first took on the role five years ago, and it took a long time to get it just right. Now we’re finally there and I am excited to show the world how we envision the future of trailer safety. It will be a substantial milestone for the team and myself.