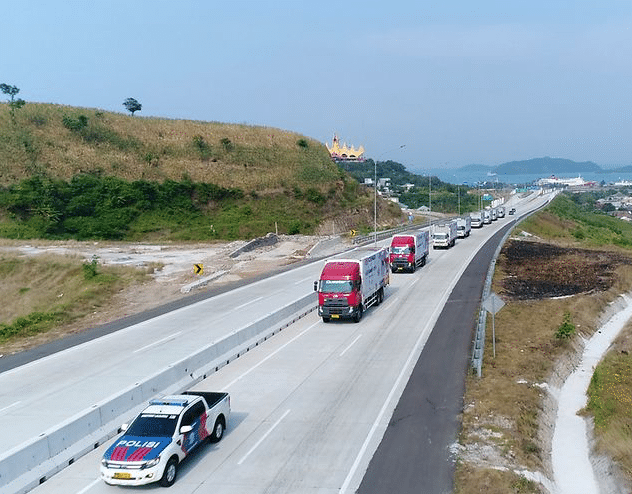 Following the broadcast of the finale, DB Schenker facilitated the pickup and re-export of broadcast equipment to their points of origin.

Early 2018, PT Schenker Petrolog Utama (SPU) and DB Schenker Sports Events Germany were appointed by the International Games Broadcast Services (IGBS) to handle the temporary importation and re-exportation of broadcast equipment for the Asian Games in Jakarta and Palembang.

“With thousands of athletes from over 40 countries in Asia representing over four billion people, the task of delivering the Games Live back to the supporters and audience is absolutely vital,” said Asok Kumar of DB Schenker – Asia Pacific.

“With our global network and extensive experience in managing freight and logistics for International sports events like the Olympic Games, Commonwealth Games, the FIFA World Cup and so on, we are proud and honoured to be involved with the 2018 Asian Games, helping to deliver the games experience back to all the supporters back home.”

As the main forwarder for broadcast equipment, SPU was responsible for freight transportation via air and ocean, managing customs clearance, temporary warehousing and sorting activities, as well as trucking transportation and delivery to broadcasting compounds in more than 40 sports competition venues.

With fully chartered cargo airplanes and many commercial flights that successfully landed between early July and mid-August at Soekarno-Hatta International Airport, SPU has carried more several hundred tons of broadcasting equipment owned by IGBS and other independent broadcasting companies from all over the world. This includes equipment that had been used for the World Cup in Russia earlier this year.

Several shipments were also delivered through ocean freight to the Jakarta International Container Terminal. In major international sports events such as the Asian Games, time constraints are a common challenge faced by logistics companies. The SPU team in Jakarta overcame these challenges through close collaboration with its DB Schenker counterparts from other parts of the region, including Japan, Korea, India, Australia and Hong Kong.