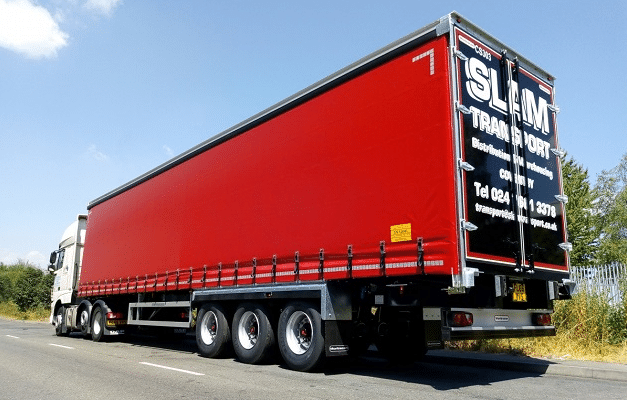 The trailers, according to the OEM, will go into service “just a stone throw away from Montracon's mnaufacturing site” at the Amazon Distribution Centre in Doncaster.

Slam Transport Manager, Danny Gould, said that efficiency and sharp response times are fundamental in today's market, which is why the business chose Montracon.

“After giving Montracon the initial order for 50 curtain-siders and seeing the end product in service, which has exceeded our expectations, we have just placed another order for 50.

“The Montracon team are second to none. From order to collection, we are very impressed with the service they provide. We are now looking forward to collecting our next batch of 50 rolling off the production line very soon,” he said.