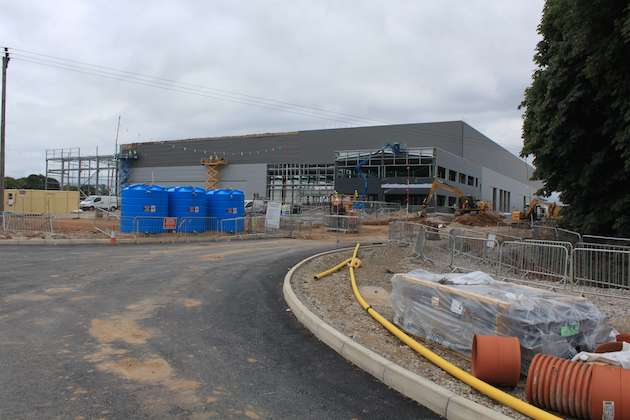 UK-based OEM, Tiger Trailers, is on-track to complete the construction of its 512,000-square-metre factory by the end of the year.

Building contractor, Bowmer & Kirkland, has cleared the way for 1,037 vibro-piling stone columns to be set, alongside concreting, to complete the foundations of the factory.

According to the OEM. 650 tonnes of steel has been used to erect the building’s frame, with the roof and wall cladding to be finished over the coming weeks. August has also seen the major mechanical and electrical work get underway.

The yard space and car parks are nearing completion as well as landscaping features including a pond which is designed to support local wildlife.

“Major milestones are being hit every week and we are well on track for completion by the end of the year as planned, with an official opening ceremony set for early 2019,” Tiger Trailers said in a statement. “We are extremely proud to be creating the most state-of-the-art facility for trailer and commercial vehicle body manufacturing in the UK, and we can’t wait to show you more as the build phase continues.”