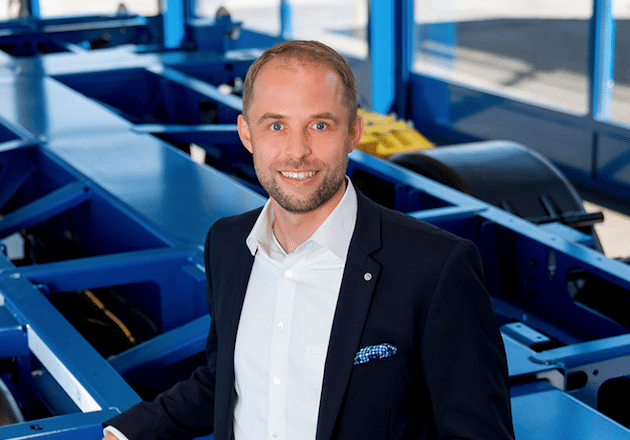 Alfons Veer, CEO of Trenkamp & Gehle, will also be appointed Executive Director of Krone Commercial Vehicles Group where he will take charge of Strategy & Project Management Procurement (SPM) and IT architecture.

“The appointment of Alfons Veer marks a major step in a timely shift towards a younger management board in the Krone Commercial Vehicles Group”, said Bernard Krone.

“We are very pleased to draw on an expert from within our own ranks. Managing our Krone Trailer Axle production site in Dinklage for many years with exceptional expertise, Alfons Veer is well equipped to tackle the new tasks within the Krone Commercial Vehicles Group,” he said.

Veer (40) has been with Krone for 15 years. After graduating as a Master in Business Administration, he completed a trainee program at the Krone Group before taking charge of several projects including building the new parts warehouse and logistics centre at Spelle and setting up the Krone trailer factory in Tire, Turkey.

In 2013, Veer was appointed CEO of Trenkamp & Gehle, which is headquartered in Dinklage, where he has been in charge of the Trailer Axle Developing and Market project. The axle was first unveiled at the international IAA 2014 motor show. Today, the Dinklage production site manufactures up to 300 Krone axles every day and recently received a new 3200-square-metre factory and office building.

“I look forward to this new assignment within the Krone Group and appreciate the trust placed in me,” said Veer. “Together with our highly motivated staff we are set to continue on our long-standing path of exceptional growth for decades.”