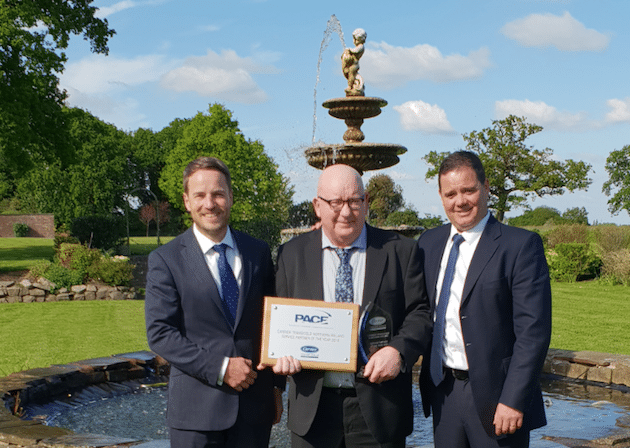 Cold chain specialist, Carrier Transicold Northern Ireland, has secured the top spot within the company’s service partner network with a score of 97 per cent – the highest in the history of the Performance Assessment and Competitive Excellence (PACE) program – beating its 2017 result of 95 per cent.

Scores are reportedly based on 29 key performance indicators (KPIs) across 39 service standards, which include breakdown response times and spare parts availability to ‘first-time fix’ rates and planned maintenance completion figures.

“Recording a score of 97 per cent is an outstanding achievement and proof of the team’s commitment to continuous improvement and providing the best possible customer service.

“The team is a true asset to the Carrier Transicold network and I congratulate them for their consistency and dedication,” he said.

“This is a fantastic achievement and really shows the dedication and hard work that both teams have put in over the past 12 months,” said Lynton Refrigeration Operations Director, Scott Walsh.

The PACE Recognition Award went to Carrier Transicold Cornwall for its commitment to excellence, having recently invested in a new depot and demonstrating dedication to consistently developing the skills of its seven engineers.

Carrier Transicold’s network service partners, based in 22 key locations across the UK, are independent companies that provide support to customers operating Carrier Transicold equipment on their light commercials, trucks and trailers. They collectively employ more than 160 mobile service engineers.