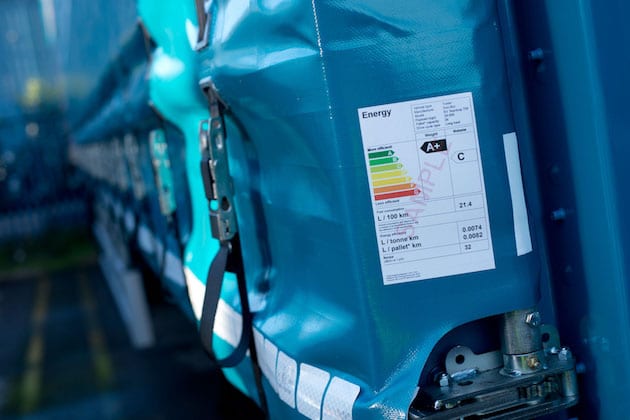 UK-based trailer and rigid body OEM, Don-Bur, is working with government to alter the way in which results are presented for independent emission rating system, Vehicle Energy Consumption Calculation (VECTO).

According to the OEM, the VECTO scale should mean that any heavy goods vehicle producing more carbon dioxide will be consuming more fuel to transport goods from A to B, but it questions this – explaining that VECTO will be initially applied to trucks and tractive units but there are plans to submit reports back to European Parliament about setting CO2 targets for other types of vehicle, including trailers.

“The VECTO CO2 output figure wasn't relative to the load being carried,” said Don-Bur. “For instance, one operator carrying 60 UK pallets of insulation material on a max-cube double deck LST will be benefitting from the additional cubic volume that type of trailer affords. However, that same trailer will not be as fuel-efficient for a carrier weighting-out with 19 pallets of aggregate weighing in at 1,500 kilograms each. The two just can't be compared, but the VECTO CO2 rating would have been the same if both trailers were being hauled by the same 6×2 tractor.”

Don-Bur is lobbying the government not to change the principle, but to alter the way in which the results are presented. After discussions with Jack Brereton, member for Stoke South, the OEM has a “promising” statement from Jesse Norman MP.

“The VECTO model and related regulations will produce CO2 values in grams of CO2 per tonne-kilometre and grams of CO2 per metre3-kilometre,” Norman told Don-Bur. “This combination of values and measures reflects the importance of taking into account CO2 emissions from HDVs according to both the mass and the volume of goods transported. For example, trucks are limited by how much cargo they can transport by either mass or volume depending on the density of their cargo.”

Don-Bur is delighted with this result. “What this now means is that operators will be able to make informed decisions about the most fuel-efficient HDV type whether you're carrying foam on double deck LSTs or lead on a 10m single deck urban.”