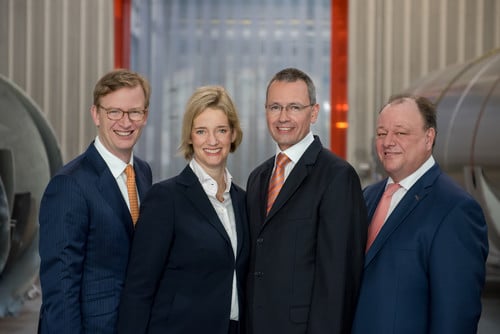 More than 400 guests – among them employees new and old – farewelled the duo at the company’s Winsen plant near Hamburg at the beginning of June.

“Today will go down as a milestone in the long and successful history of this family company,” Jan-Dirk Beckmann said at the open-air ceremony. “I thank all of our dedicated and loyal staff for having been part of our journey.”

Feldbinder and Beckmann founded FFB in 1975 and have since grown it into a European powerhouse producing more than 2,000 units annually for both road and rail transport. The company’s speciality are lightweight dry bulk tankers made from aluminium.

The new leadership team has announced investments of up to €25 million in the coming five years.