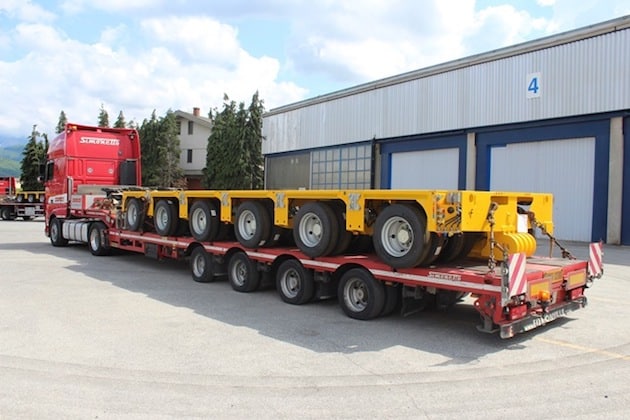 MGSL is the new heavy duty modular vehicle produced by Cometto with a technical capacity of 45 tonnes per axle line. MGSL is designed for public roads, off-road transport as well as for inside plant operations.

“Thanks to a strengthened loading area, it reaches point loads up to 50 tonnes above the wheel arches and 80 tonnes above cross members for heavy and concentrated loads,” Cometto said in a statement. “MGSL offer seamless interoperability with identical vehicles from several other manufacturers. This variety of combination options as well as the user-friendly operating concept makes the MGSL a guarantor of flexibility and economy.”