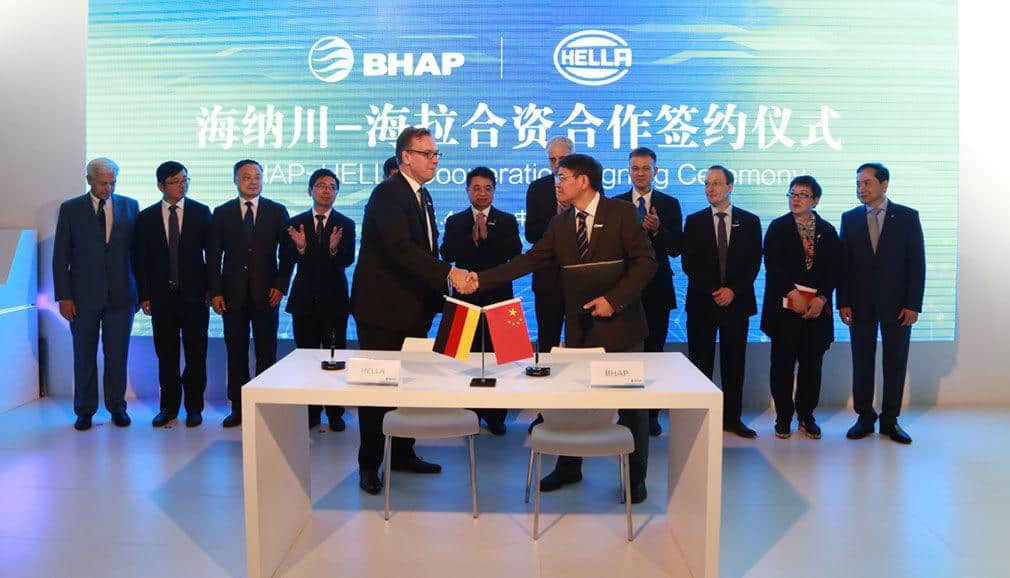 “China is one of the fastest growing automotive markets in the world,” said Hella CEO, Dr Rolf Breidenbach.

“Because of automotive market trends such as autonomous driving, digitalisation and electrification, we expect a continuously increasing demand for our electronic components.

“With BHAP we have a reliable partner by our side who will enable us to serve the demand in an optimal way and with whom we have already cooperated in the past with the utmost confidence,” he said.

During the signing ceremony of the contract, BHAP Chairman, Cai Suping, also emphasised the following point: “This new joint venture profits from integrating both the market access of the BAIC group and the technological expertise of Hella in the field of sophisticated electronics components. The cooperation between Hella and BHAP in the field of electronics is an important part of the strategy for BHAP. This way, we will further enhance our internationalisation and strengthen the production and development capabilities in order to become a global automotive supplier.”

Hella BHAP Electronics is the second joint venture which Hella has established together with BHAP and it is the first such undertaking dealing with electronics components for Hella in China. The joint venture will be borne by the two partners in equal shares. The production facility of this joint venture will be located in Zhenjiang where a new electronics plant is being currently set up. The plant will initially comprise a production area of 7,000 square metres and will provide work for more than 200 employees. It is planned to commence series production at the beginning of 2020 with the first product groups being various electronic control units for customers of the BAIC Group. The outlook is that the product portfolio will be extended to include components concerned with energy management and driver assistance.

Currently, Hella has more than 6,000 members of staff working in the Asia-Pacific region. In the fiscal year 2016/2017 HELL achieved sales there amounting to more than one billion euros, with the most important single market in the entire region being China.