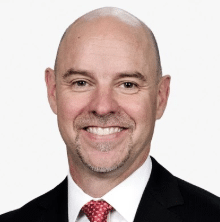 US commercial fleet management company, Ryder, is pushing over €250 million in e-commerce logistics revenues, according to its Q1 earnings call.

“The combination of Ryder’s prior business plus MXD puts our annual e-commerce and final mile revenue for SCS and DTS in the mid $300 million [USD] range with additional revenue in FMS supporting e-commerce activity,” said Ryder CEO, Robert Sanchez – adding that this is despite the fact that Ryder’s logistics businesses are only exposed to the North American market.

Ryder’s e-commerce revenues have reportedly bumped due to its acquisition of MXD Group, according to market research company, Transport Intelligence. “At a cost of approximately $120M [USD], the deal added 109 facilities to Ryder’s network which now includes 121 e-commerce hubs covering more than 95 per cent of the US and Canada within a two-day delivery timeframe. The network can serve any industry, handling big and bulky products as well as small and large parcels.”

MXD Group’s revenues were not disclosed at the time of the acquisition, although Ryder’s CEO stated that “more than half” was coming from MXD.

Transport Intelligence has reported that Ryder is focusing on something of a niche on the last-mile side, primarily dealing with big and bulky products, claiming to be the second largest last mile delivery provider of such goods in the US.

On the fulfilment side, Ryder is firmly now in a second tier of providers (at the global level), those with revenues in the region of €100 million to €500 million.

“So you’re not having as much volatility on the downside. So I think that’s the longer-term outcome.

“It could also mitigate our reliance on making capital investments for rental or certainly to the extent that we’ve been making them over the history of the company,” he said.