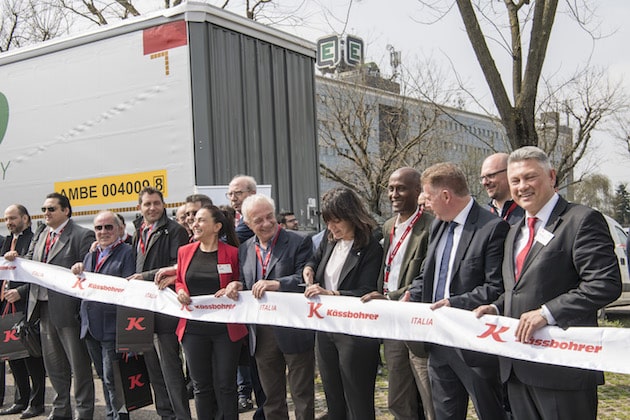 German trailer manufacturer, Kässbohrer, has opened a new facility in Italy, which is the latest addition to its European network.

At the event, Türken highlighted Kässboherer’s enguinity embodied in 125 years of engineering for ingenious solutions aimed at constant customer satisfaction enabling all the success behind Kässbohrer’s over 800 unique products serving the most diverse customer base in over 55 countries.

“We are ready to serve the Italian market with our headquarters at Interporto, our Italian sales partners and ever growing sales and after sales network of over 60 points all around Italy,” said Ozkan.

Board Member of Conzorzio Zai Dott. Giandomenico Allegri said: “Interporto di Verona is ranked as the fifth largest Italian port among all other ports (sea, air, ground) with more than total 16,000 railway traffic with abroad destinations. Interporto di Verona is in progress of building a 750m-long train terminal to enhance Italy’s connection to Europe. We are more than happy to have Kässbohrer at Interporto Quadrante Europa with which we would like to realise common projects.”