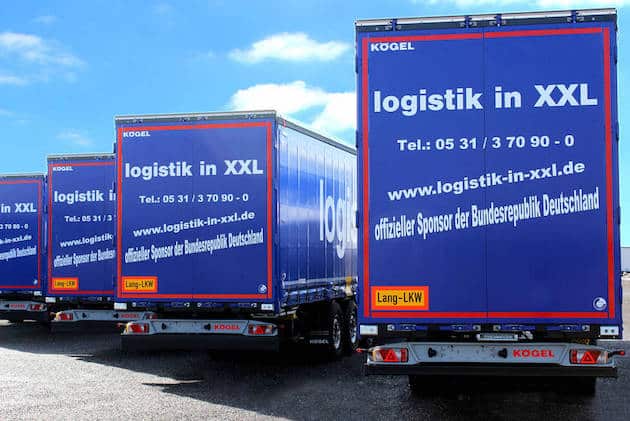 According to Kögel, five of the Euro Trailers are spec’d in the Mega Rail variant and the other five are Cargo Rail models.

Logistik in XXL will reportedly be supplying the new semi-trailers to customers in the automotive, just-in-time and beverage sectors.

“An elongated trailer offers four more pallet places than a standard trailer and so Logistics in XXL can save three journeys for every 1,000 pallets transported,” Kögel said in a statement. “The internal clearance height of three metres in the Mega Rail Euro Trailer also allows the transportation of up to six more pallet cages. This offers other ecological and economical benefits: up to ten per cent fuel savings and up to a ten per cent reduction in carbon dioxide emissions.”

Based on the legal requirements in Germany, these elongated trailers can reportedly be used for combined transport and are fitted with a reinforced chassis frame.