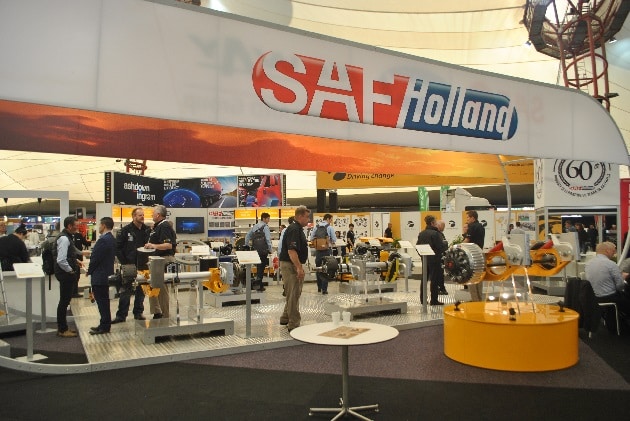 The purchase will cost approximately €39 million ($62 million), including a future call option for the rest of the company. The deal is expected to be completed by the end of Q2 2018, according to SAF-Holland.

SAF-Holland noted that the acquisition would enable it to strengthen its position “as the second largest player in Europe” and expand its specialty business with couplings and drawbar eyes for trailers and specialised commercial vehicles.

V.Orlandi currently generates around 20 per cent of sales with coupling systems for agricultural and forestry vehicles. As part of SAF-Holland, it will benefit from the group's extensive global production and sales infrastructure to roll out its product range worldwide, the two companies announced.

It will, however, continue to operate as an independent business unit under the established V.Orlandi brand.

Dr Matthias Heiden, Chief Financial Officer at SAF-Holland, said the acquisition would be funded entirely from the company’s existing cash. “The acquisition of V.Orlandi will already make a positive contribution to the Group's earnings in the first year and have a slight margin-accretive effect.”

SAF-Holland CEO, Detlef Borghardt, added the acquisition was the next step in the company’s 2020 growth strategy. “First, we are strengthening our strategic market position in fifth wheels and expanding our know-how in coupling systems for trailers and specialty vehicles,” he explained.

“Second, we are expanding our presence in important regional markets such as Russia, the Middle East and Australia. V.Orlandi also has a strong spare parts and accessories business that combines well with our Aftermarket activities.”