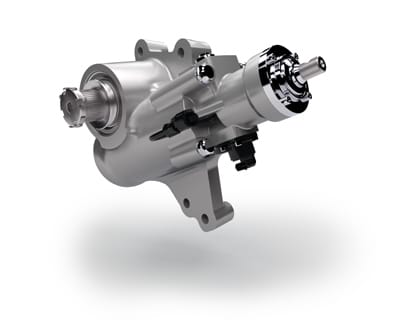 Belgium-based technology company, Wabco, will showcase its latest commercial vehicle products at TMC 2018 in the US, 5-8 March.

“We are proud to present at TMC an array of innovative solutions that improve the safety, efficiency, and connectivity of commercial vehicles in the US and around the world,” said Wabco President – Americas, Jon Morrison. “Wabco has significantly increased its commitment to serving commercial vehicle manufacturers and fleet operators in the region by offering an unprecedented breadth of Wabco technologies, localising air disc brake production right here in the US, and rapidly growing our fleet and aftermarket service organisations.”

In addition, Wabco will also showcase its award-winning OptiFlow aerodynamic technologies. WABCO’s OptiFlow AutoTail is the first and only aerodynamic tail in the US to feature automatic deployment and retraction. The device deploys and retracts tail panels based on driving speed as determined by sensors linked to Wabco’s Trailer Anti-Lock Braking Systems. It delivers fuel savings of up to 4.3 per cent at highway speeds, based on SmartWay test protocol, and reduces CO₂ emissions by up to four tonnes per trailer per year. In addition, Wabco’s OptiFlow TrailerSkirt, a lightweight aerodynamic side skirt for trailers, can reportedly provide up to five per cent fuel savings at US highway speeds.