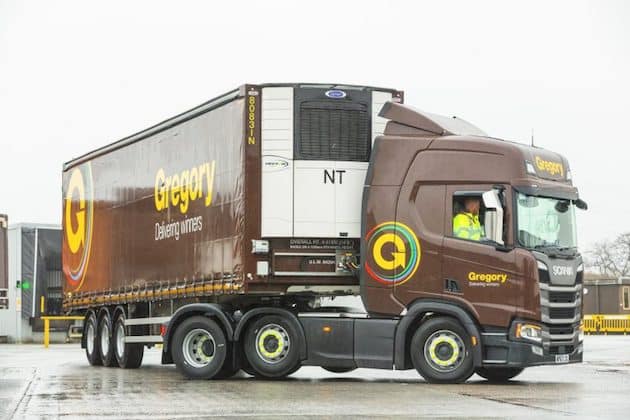 “We’ve only specified Carrier refrigeration units since 2004 because we get everything we need from Carrier Transicold,” said Gregory Distribution Technical Support Manager, Dan Saunders. “The units are extremely reliable, the service levels are second to none and their continued commitment to innovation has kept us coming back year after year.”

The Vector 1550 units are reportedly well suited for use with the Insuliner trailer, delivering a blend of power and efficiency, with exceptional pull-down speeds and temperature control that allows Gregory Distribution to quickly change between ambient and refrigerated loads.

“These new units will be used primarily to transport dairy products across the UK, so the combination of the Insuliner curtain and the Vector 1550 works effectively, giving us the versatility to load whatever is required for the return trip.”

According to Carrier, each of the new trailers will travel more than 150,000 kilometres a year, delivering temperature-controlled and time-critical goods across the UK, seven days a week. Gregory Distribution, which will celebrate 100 years of trading in 2019, serves more than 400 customers, ranging from local companies to large, multi-national organisations, delivering goods regionally and nationally.