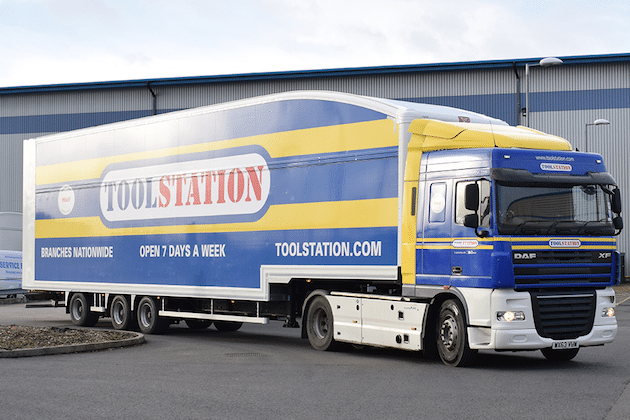 Howard Tenens reportedly specified the LSTs for its contract with Toolstation, one of Britain’s fastest growing suppliers of tools and accessories to the trade.

“The improvements in efficiency were notable, but since then the company has gone from strength to strength and the additional capacity of the LSTs became increasingly appealing.

“We knew the spec had to be perfect to get the full benefit of the 15.6m length, and following a detailed design consultation, Tiger worked relentlessly to find the perfect double deck solution. These new trailers are proving really versatile – combining the ability to carry a diverse payload, with an increased number of cages,” he said.

According to Tiger Trailers, its bespoke design includes a three-quarter length hydraulic moving deck rated to seven tonnes, with a fixed deck over the step frame specifically designed to house plastic piping and other abnormal loads, providing a dedicated area for products that previously would have taken up valuable cage space.

The LSTs can accommodate up to 87 cages – 38 on both decks, with an additional 11 on the neck of the trailer – optimising efficiency when transporting stock between Toolstation’s distribution centres in Redditch, Daventry and Swindon.

Each trailer also includes an on-board weighing device to ensure every load remains within legal limits, a self-tracking rear axle for improved manoeuvrability and an aerodynamic sloping front roof to lower drag and reduce fuel consumption.

Howard Tenens operates a mixed 40-strong commercial vehicle fleet for its Toolstation contract, including 25 standard trailers and three LSTs. The new additions are expected to stay in operation for seven years and will be on the road five days a week, averaging 180,000km a year.

Established in 2003, Toolstation is a UK direct sale and online supplier of trade tools, accessories and hardware products. Its head office and one of its distribution centres is based in Bridgwater, Somerset, with two further distribution centres in Redditch and Daventry. Its 300th branch opened in February 2018.