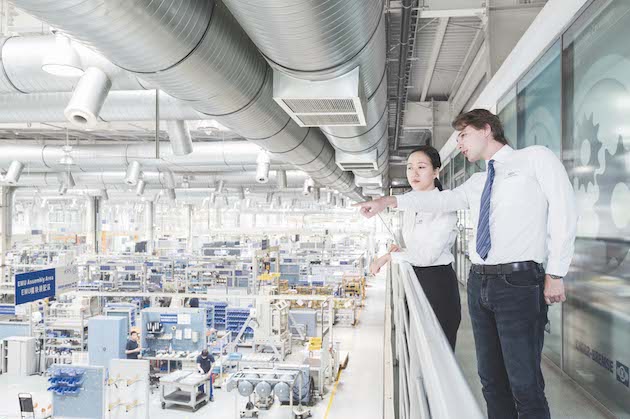 “For us, the past financial year was particularly dynamic and aspirational, so we are all the more delighted at our strong growth and record sales,” said Knorr-Bremse Chairman of the Executive Board, Klaus Deller.

“We also scored major market successes in all of our regions, not least in the rail freight sector in India, in the braking sector per se and in the field of transmission control for commercial vehicles in China and Japan,” he said.

According to Knorr-Bremse, its Commercial Vehicle Systems division returned record sales of €2.93 billion (2016: €2.52 billion). All regions reportedly contributed to this result.

“A significant development was the decision by Dongfeng Motor Group in China to partner with Knorr-Bremse in the development of automated manual transmissions for new generations of heavy-duty trucks,” said Knorr-Bremse. “Through this move, one of the world’s largest truck manufacturers in the most important market is clearing the way for the ongoing success of automated manual transmissions. Within the joint venture with Dongfeng Motor Group, Knorr-Bremse is optimising the transmission control system to meet the specific requirements of the Chinese respectively Asian markets.”

At the eight German plants in Aldersbach, Berlin, Dresden, Düsseldorf, Holzkirchen, Munich, Schwieberdingen and Wülfrath, the number of employees at year-end had increased to 5,663 (2016: 5,044).

“In 2018 we will continue to pursue our chosen path to sustainable and profitable growth, accompanied by significant investments in the best interests of our customers,” said Knorr-Bremse Chief Financial Officer, Ralph Heuwing. “As we do so, we will focus on strict cost and financial management, strengthening our efficient processes, and leveraging our sound balance sheet.”