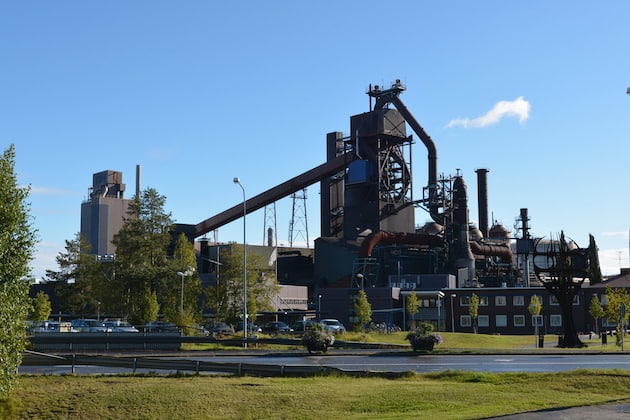 Specialist global steel manufacturer, SSAB, is preparing to transition to fossil-free steel production in an effort to cut C02 emissions, aiming to be totally fossil-free by 2045.

A study is currently under way to convert the blast furnace in Oxelösund, Sweden, into an electric arc furnace. This is the first step in adapting the process for the production of fossil-free steel. Conversion will take place in around 2025 and would mean that SSAB can cut its carbon dioxide emissions in Sweden by around 25 per cent.

SSAB has also announced that it is planning to convert the blast furnaces in Raahe and Luleå between 2030-2040 in order to eliminate most of the remaining carbon dioxide emissions and reach the target to be fossil-free by 2045.

“The transition to fossil-free steel production has already started, and we’re now detailing what the road ahead will be like,” said SSAB President and CEO, Martin Lindqvist.

“We believe that this is the right way to go and that it will create many exciting business opportunities for us as a company.

“SSAB wants to be part of the solution to climate change,” he said.

“At present the coal and coke used to reduce iron ore into iron are shipped to Sweden from places including Australia,” said SSAB. “This is a process that generates large volumes of carbon dioxide. The idea behind Hybrit is to use hydrogen, which has been produced with electricity from fossil-free sources. The emissions are then normal clean water.”