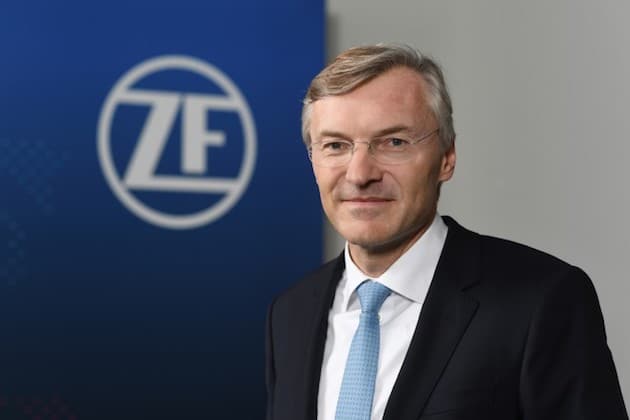 “Scheider is an industry expert and a leader that stands for continuity – with both his technical and interpersonal skills. He will systematically continue to execute our Strategy ZF 2025,” said ZF Chairman of the Supervisory Board, Dr. Franz-Josef Paefgen.

“He is also a visionary and stands for guided change. With sensitivity and in constant exchange with all parties involved, he will guide ZF through the challenging transformation process which the whole automotive industry is currently facing.

“Special thanks goes to Dr. Konstantin Sauer who assumed the role of ZF's CEO in addition to his function as CFO during the transition phase and as such, delivered stability for the company.

“I would also like to thank Mahle GmbH which enabled the quick and straightforward move of Wolf-Henning Scheider. The fact that the product portfolios do not have any overlaps has helped significantly in this process,” he said.

The ZF shareholders, the Zeppelin Foundation as well as the Ulderup Foundation have welcomed Scheider's designation.

Scheider studied business administration at the University of Saarbrücken, Germany, and the RWTH Aachen University, Germany, where he graduated in 1987. He then started a trainee program at Robert Bosch. From 1989 to 2010, he worked in different positions at Bosch such as Vice President Power Tools in France, Chief Executive Officer of the Car Multimedia division in Hildesheim, Germany, and as Chief Executive Officer of the Gasoline Systems division in Schwieberdingen, Germany.

From 2010 to 2015, he was a member of the Board of Management of Robert Bosch where he additionally became the spokesman of the Automotive Technology business sector in July 2013. Wolf-Henning Scheider became part of the Mahle Group's executive management in April 2015 and assumed the role of chairman and CEO in July 2015.