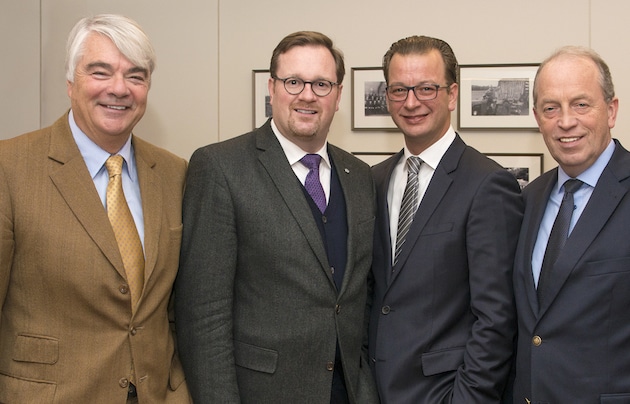 German trailer manufacturer, Krone, is expanding its senior management team with the appointment of Dr David Frink as Chief Financial Officer of the Krone Group.

From 1 April 2018, Frink will take responsibility for strategic and concept development and operational areas including finance and accounting, controlling, taxation, M&A, IT and process control, legal affairs and human resources.

According to Krone, by expanding the top management base, the company is adapting to the challenges facing the Agricultural Machinery and Commercial Vehicles divisions, especially in view of the company's expansion and increasing internationalisation.

“We are delighted to welcome such an acknowledged expert in finance, production, logistics and IT as Dr Frink to our team,” said Bernard Krone and Alfons Veer, CEO of the group.

“The Krone Group has shown encouraging growth over several years. A rising world population combined and the increasing globalisation will trigger a sustained growth in demand for food and vehicles for freight transportation. Since our portfolio reflects two of these global megatrends, we anticipate that the Krone Group will continue to grow significantly for years to come.”

David Frink was previously employed as Chief Financial Officer at Gerry Weber International. Originally from Rhineland, Frink took an apprenticeship in banking followed by a business administration degree at RWTH Aachen University. He began his career with Schiesser before moving to Gerry Weber International in 2009, where he was appointed to the management board in charge of finance, production, logistics, IT and human resources.