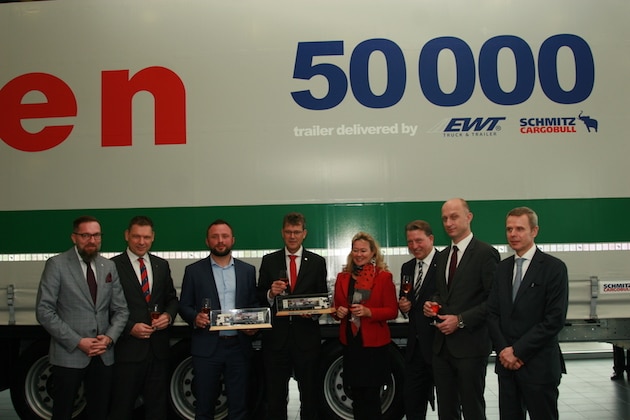 The semi-trailer was delivered by authorised agent, EWT Truck & Trailer.

“We are especially happy that the 50,000th Schmitz Cargobull semi-trailer provided to the Polish market by EWT Polska since its establishment in 1998 is going to our long-time and loyal customer Raben Transport,” said Dirk Hoffmann.

“We have been working together for over two decades. We are truly proud of the mutual success we have enjoyed so far,” he said.

“Providing the 50,000th semi-trailer is a milestone in the history of the cooperation between EWT and Schmitz, and it expresses the approval of Schmitz Cargobull on the Polish market,” said Billich.

The S.CS MEGA curtain-sider has a plank tarpaulin and will reportedly be used by Raben Transport for the automotive industry to transport spare parts for Mercedes-Benz.