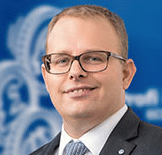 German OEM, Krone, has reported a sales record of €1.9 billion, reflecting on a solid financial year.

“While many agricultural machinery manufacturers have had to cope with a severe downturn in sales, even in this financial year Krone succeeded in generating a record turnover,” said Krone Head of Marketing, Ingo Lübs.

“About 30.8 per cent of the domestic sales were accounted for by the agricultural machinery and 69.2 per cent by the commercial vehicle business. 27.2 per cent of all Krone Group sales were generated in Germany, which compares with 28.4 per cent over the previous year.

“The Group currently has 772.1 million euros (previously 700.6 million euros) available in the form of medium and long-term capital. This covers fixed assets and the entire stock assets as well as many of the receivables,” he said.