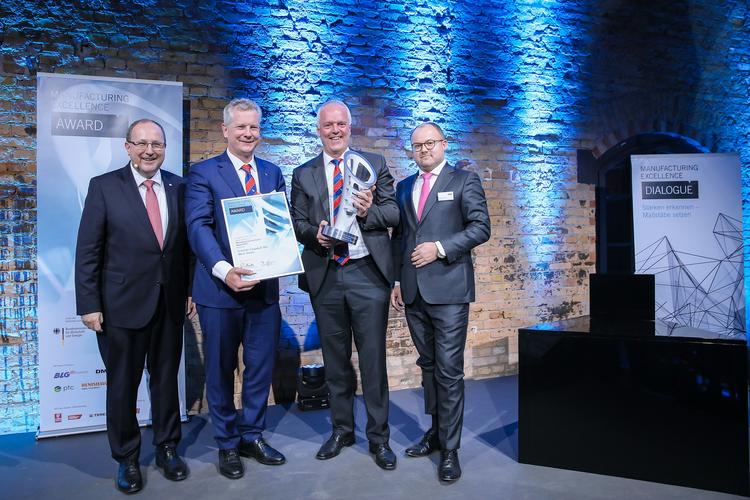 German trailer builder, Schmitz Cargobull, has been named the winner of the ‘Manufacturing Excellence Award 2017’ for its box body production plant in Vreden.

“Clearly structured processes, a consistent focus on the customer, qualified staff and a holistic approach are key factors in the success of industrial production,” Schmitz Cargobull said in a statement.

“The MX Award was launched in 2004 and is presented to companies who use innovative and creative solutions to promote Germany as a centre for business and international competition over the long term.

“Supported by the Berlin Technical University, academics at and under the patronage of the German Ministry for Economic Affairs, this year’s competition also featured a huge number of benchmark companies.”

“This prize is an incredible recognition for our entire team,” said Timmermann.

According to Schmitz Cargobull, the primary goal of the Manufacturing Excellence concept is to promote multi-sector collaboration to create a network of communication for experts from the worlds of theory and practice. Innovative and creative solutions, especially as a holistic approach, are not only a means to reinforcing international competitiveness over the long-term but also demonstrating Germany as a location to do business.

“The Schmitz Cargobull factory in Vreden showcases excellence in all areas, setting new benchmarks with its ability to improve,” according to the jury panel. “Despite a very successful market performance, it still makes sure it casts a critical eye over every area.”

The comprehensive audit process covered a total of 16 categories and the feedback from the experts provided new findings on the factory’s path to even greater production excellence.

“The team spirit, active participation processes and the awareness of the need to consistently improve production processes are thriving at the Vreden factory,” said Schmitz.

This is the third time that Schmitz Cargobull has participated in the MX award. In addition to this year’s overall win, the Vreden plant (2013) and Altenberge (2014) plant have both won an award in the category ‘Process innovation’.