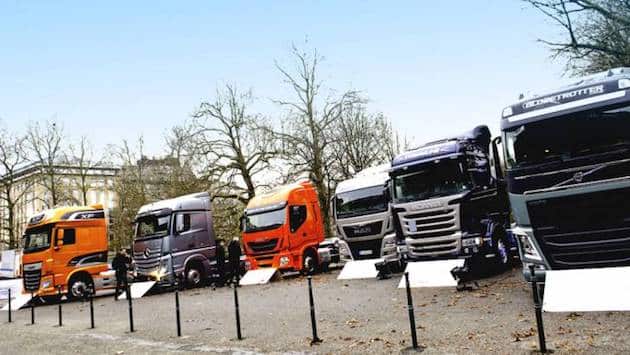 The ACEA has reported that demand was sustained across all segments, except for buses and coaches. Among the five big markets, Spain (+20.9 per cent), France (+18.6 per cent) and Germany (+14.5 per cent) recorded the highest gains while the UK (-9.8 per cent) performed significantly lower than in October last year.

From January to October 2017, demand for new commercial vehicles reportedly remained positive in Europe, with almost two million new vehicles registered – up 4 per cent compared to last year. Spain continued to drive growth (+15.1 per cent), and so did France (+7.7 per cent), Germany (+3.3 per cent) and Italy (+1.8 per cent). UK demand, however, contracted (-3.9 per cent) over this period.

October 2017 results show a robust increase (+12.7 per cent) in European demand for vans. All major EU markets contributed positively to last month’s growth, except for the United Kingdom. The Spanish and German markets accounted for the strongest growth (+25.0 per cent and +19.9 per cent respectively), while Light Commercial Vehicle (LCV) demand contracted in the UK (-7.4 per cent).

In October, demand for new Heavy Commercial Vehicles (HCV) of 16 tonnes and over grew by 5.3 per cent after posting a decline in September. Results were reportedly diverse across the five big European markets, with registrations falling in the UK (-18.3 per cent) and demand going up in France (+20.7 per cent), Italy (+7.3 per cent) and Germany (+5.7 per cent). In total, 28,521 heavy trucks were registered in the European Union last month.

October 2017 registrations of New Medium and Heavy Commercial Vehicles (MHVC) over 3.5 tonnes were 3.9 per cent higher than in October last year, totalling 34,336 new units. Growth was sustained across all major European markets, except for the UK.