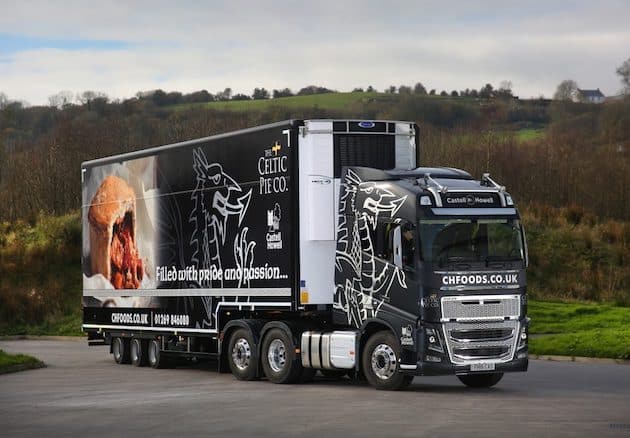 Castell Howell has reportedly operated Carrier Transicold equipment for more than 30 years, but the 13.6m Gray & Adams double-deck trailer will be the largest internal load space that Carrier Transicold has ever cooled for the food wholesaler.

“The service levels and uptime we get from Carrier Transicold are excellent,” said Castell Howell Director – Transport Operations, Martin Jones. “When it came to specifying the double-deck, we found the Vector 1950 MT ticked all of the right boxes – particularly impressing with its rapid pull-down speeds and excellent refrigerant containment.”

Carrier Transicold has said the new double-deck trailer will offer a significant increase in load space, helping to maximise fleet efficiency and reduce vehicle journeys, with the ability to maintain up to three different set points across both decks at the same time. The new trailer is finished in a striking black livery and joins the company’s existing six-strong trailer fleet.

According to Carrier, the Vector 1950 MT E-Drive is an all-electric technology that is designed to reduce carbon dioxide emissions by lowering refrigerant leak rates by up to 55 per cent over conventional belt-driven systems.