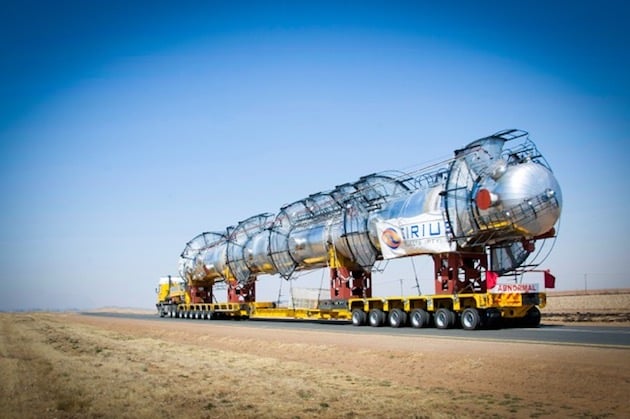 According to Cometto, MGSL is designed for the “heaviest loads”, suitable for transport tasks with payloads from 50 tonnes up to 5,000 tonnes.

Also, MGSL reportedly has a strengthened loading area, reaching point loads up to 50,000kg above wheel arches and 80,000kg above cross members for heavy and concentrated loads.

Cometto has said that the user-friendly concept of MGSL is a huge advantage, with axle compensation that can make idea load distribution possible.

“Maneuverability is guaranteed by pendulum axles with a stroke of 600mm and the pivot-mounted bogie with a 60° steering angle,” Cometto said in a statement. “Road inclinations (lengthwise and crosswise) can easily be compensated with the important stroke on the cylinders. Pendulum axles ensure optimum ground contact and equal tire pressure under the most difficult circumstances and keep the platform almost in a horizontal level.”

According to the Italian trailer builder, MGSL can be adapted for various transport requirements, offering dropdeck combinations and COSMO-software – a tool for surveying axle loads and bending moments.