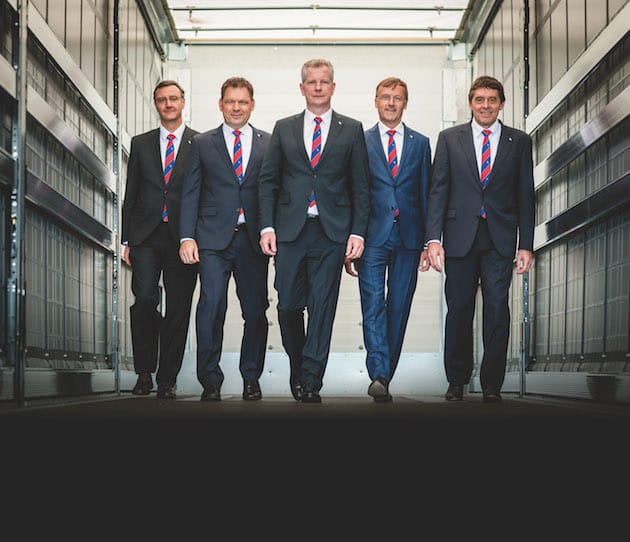 German trailer builder, Schmitz Cargobull, is expanding its European and global operations, following its financial presentation for the 2016/2017 business year.

Schmitz Cargobull Chief Financial Officer, Andreas Busacker, has said that he regards the consistent focus on customers, highly-skilled employees and technological leadership as success factors for the family-owned company that recently celebrated its 125th anniversary.

The company has said that it brought major investments for the future to fruition during the business year with the conversion of its Berlin plant into a production facility for the new Van Bodies vehicle class (3.5 to 6 tonnes) and the establishment of a Multi Production Plant (MPP) in Turkey.

Schmitz Cargobull has reported that turnover increased by more than 14 per cent to €2.026 billion (previous year: €1.779 billion) during the reporting period (1 April 2016 to 31 March 2017). Also, profit before tax reportedly climbed to 5 per cent while the equity quota remained stable despite growth at around 54 per cent.

The German trailer builder has indicated that all signs continue to point to growth in the traditional trailer market with curtain-siders and box body trailers. Curtain-sider production reportedly showed especially strong development.

With an approximately 12 per cent increase from more than 3,400 units to more than 3,800 units, the S.KI tipper trailer product range reportedly returned to growth after restructuring measures. In-house axle production at the Altenberge plant reached a record level in the business year with more than 156,000 produced units. In total, the number of produced axles exceeded one million units.

The entry into the van bodies segment with the V.KO rounded out Schmitz Cargobull’s product portfolio for lighter vehicles. The V.KO will reportedly be available in standardised sizes, enabling optimum adaptation to the vehicle manufacturers’ specifications. The new production line in Berlin is currently designed for an annual production of 7,500 van box kits. With the new product line that is in especially great demand as a result of growing online retail trade, specifically the ‘last mile’.

The German trailer builder has reported that due to high production numbers, the number of employees also rose by 375.

“In the 125th year of our existence we want to beat our previous sales record of almost €2.2 billion, which was set in 2007/2008,” said Schmitz Cargobull Chairman of the Board, Andreas Schmitz.