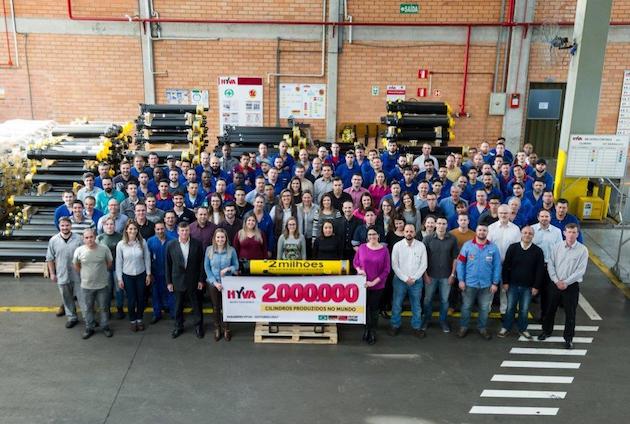 This production landmark was celebrated in all of Hyva’s cylinder production facilities around the world – in Germany, Brazil, India and China – on Wednesday 11 October.

“It is not only the cumulative total that is impressive – from a start in 1982 to one million in 2011 and two million in 2017 – but also the rate of increase in production in recent years to satisfy demand in new applications, existing territories and new geographical territories as our business has grown.

“And, very importantly, while increasing volumes we have maintained the quality and innovation associated with the Hyva brand,” he said.

According to Hyva, front-end cylinders are predominantly used on tipper truck and trailer applications in the road construction, mining and agricultural sectors. The most recent factories to be built opened in India and China in 2011 to satisfy the growing demand for Hyva cylinders in the eastern hemisphere.