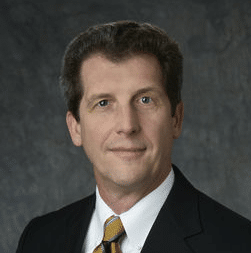 Belgium-based global technology company, WABCO, has announced that it has completed the transaction to purchase Meritor’s stake in the Meritor WABCO joint venture, taking full ownership of the enterprise.

According to WABCO, the acquisition will demonstrate its commitment to consolidate operations in North America as well as unify its businesses under one team and brand, unlocking further value for customers and offering seamless access to the full spectrum of WABCO’s industry-leading safety and efficiency technologies. With the completion of the transaction, WABCO will fully integrate the former Meritor WABCO operations into its WABCO North America Business Unit.

”We are very much looking forward to welcoming team members from the joint venture into the global and dynamic WABCO family.

“With this consolidation of its business organisation and broader access to market in North America, WABCO will further strengthen its connectivity to commercial vehicle manufacturers and fleet operators through more simplified and direct channels. Operating fully under the WABCO brand, the local business will become even more agile, efficient and customer-focused,” he said.

The former joint venture reportedly employed approximately 200 people and had sales of €255 million in fiscal year 2016.