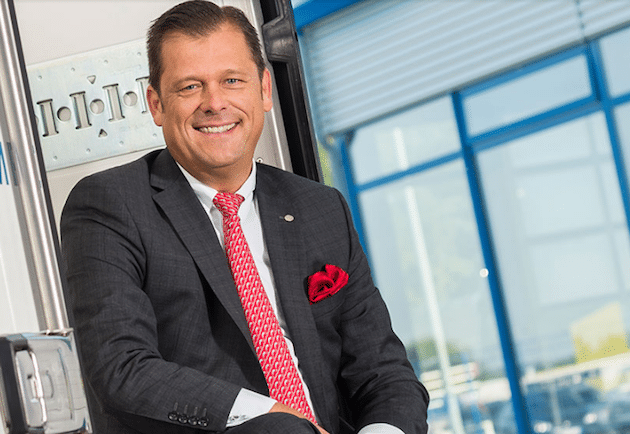 German trailer OEM Krone has announced that Ingo Geerdes has been appointed as Managing Director Of Key-Account-Management/Fleet/Used.

In the role, Geerdes will be responsible for both national and international areas of Key Account Management as well as all Krone Fleet activities and the Krone Used Organisation.

According to Krone, a key objective of this restructuring is to work even more closely with rental and large fleets in order to stay abreast of the constant growth and advancing internationalisation of major customers.

As part of this, Krone has placed particular emphasis on inter-divisional contact with the corresponding contact partners in order to be able to handle the particular needs of these customer structures in an improved way and to be able to tackle the new challenges presented by ever more rapid market developments.

German-born Ingo Geerdes has been employed by Krone for over 25 years and has excellent knowledge of the commercial vehicle industry, Krone says.

According to Krone, after joining the company in 1991, Geerdes first experienced success in various leading roles, with his tasks including the establishment of the sales structure in the then newly-formed German states as well as working as Head of Sales for the introduction of the Krone Group refrigerated vehicle portfolio.