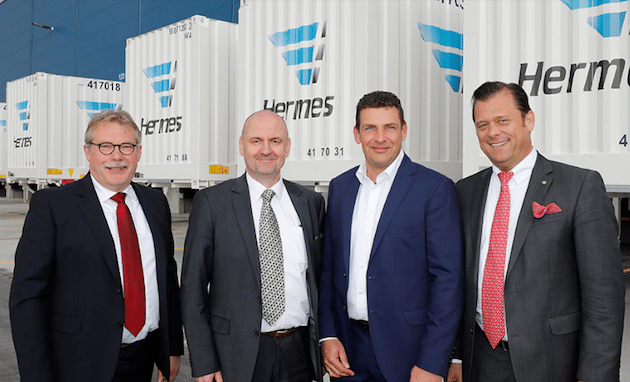 According to Krone, Seaco Global, has enlarged its fleet with the addition of 2.300 Krone swap bodies for rental to Hermes.

The first 300 units were handed over in Bad Rappenau at the opening of Hermes’ logistics hub.

Volker Stenzel, Head of Equipment & Carrier at Hermes Germany, emphasised the importance of the company's choice to partner with Seaco Global and Krone.

According to Krone, Seaco Global’s fleet is made of 90 per cent swap bodies equipped with shutter doors, which Hermes mainly uses for road and rail transport.

Meanwhile, at the transport logistic fair in Munich, Krone and PEMA GmbH agreed on the delivery of a mixture of trailer units.

Krone has reportedly been working with PEMA for several decades and has produced approximately 17,000 units for PEMA’s international rental fleet.

Dr. Bernard Krone commented on the relationship between Krone and Peter Ström, CEO of PEMA.

“Mutual trust is expressed not only in sales volumes, but also in stable and long-standing relationships. In the logistics and rental business, it is important to have reliable partners on your side.”