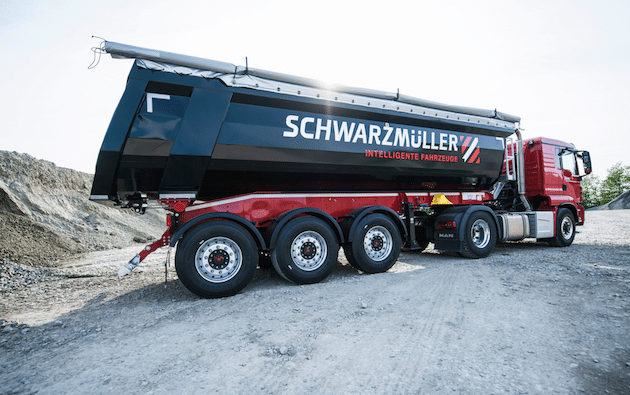 Austrian OEM, Schwarzmüller, has reported a five per cent sales growth in the first half of 2017 as the company converts its production line from stand to sequenced flow.

Schwarzmüller revealed expected sales of €360 million for 2017, an increase of five per cent compared to €342 million last year.

Schwarzmüller will remain on its current growth path until 2020, at the end of which a turnover of €450 million with 10,000 vehicles is planned, and Hartwig says promised acceleration in production can only be achieved through intelligent flow production.

With a planned total number of 2,400 vehicles in 2017, Germany will be the strongest market for sales and will overtake Austria the first time.

According to Schwarzmüller, the vehicle manufacturer is currently implementing the biggest production changeover in its history as its three plants in Austria, the Czech Republic and Hungary are being converted production lines.

As the focus for the company is currently on the changeover, Roland Hartwig, CEO Schwarzmüller, said growth will not be as strong as previously forecasted – though it still expects an increase in production over 2016 by the end of 2017.

“We will reduce growth somewhat and thereby reduce the changeover time,” explained Hartwig.

“This enables us to offer our customers shorter production times in different vehicle groups earlier than planned.”

At the close of the first half of the year, Schwarzmüller is slightly behind the previous year's production figure, however an increase of 200 vehicles to a total 9,100 trailers is projected for the end of the year. .

The construction and waste management segments saw significant increases, Schwarzmüller reported. In the first half of the year, orders of steel tippers in Žebrák, Czech Republic, were up by 50 per cent over the same period in the previous year, while the main plant in Hanzing increased the output of moving-floor trailers by 40 per cent thanks to the production changeover.

“We promised that our vehicles will be manufactured around 50 per cent faster. That is the ultimate goal in this planning phase leading up to the company’s 150th anniversary. We accept that we will not grow as much this year and will produce about 400 vehicles fewer than planned,” Hartwig said.

Schwarzmüller is reportedly the only manufacturer in the commercial vehicle sector to sequence its entire production, with total production expected for the first half of 2018.