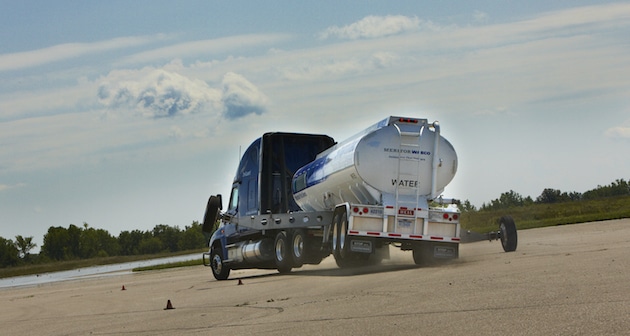 Mandated Electronic Stability Control (ESC) on heavy vehicles in the US has come into effect this week, but a new budget from the National Highway Traffic Safety Administration (NHTSA) could see it soon deregulated.

The NHTSA passed the final rule in 2015 to mandate ESC, and is now considering it for deregulation as part of its Fiscal Year 2018 Budget Estimates.

At the same time, the NHTSA has also called for an additional US$2 billion in funding for “Research…to investigate the possibility of extending stability control technology to single unit trucks and other types of heavy vehicles”.

Eliminating the technology would impede the pursuit of safer highways across the US, said Fred Andersky, Director of Government and Industry Affairs for Bendix.

“In its recent budget estimates for fiscal year 2018, NHTSA included the full-stability mandate among the regulations it feels can be dropped – although the agency didn’t provide any insight regarding why this would make sense,” Andersky said.

“We feel there are a number of reasons to oppose this move, not the least of which is that this is a regulation that helps solve a deadly problem still very much in evidence on our roadways.

“Because the current administration has required elimination of two federal rules for every one added, NHTSA has said the full-stability mandate could be on the chopping block,” said Andersky.

“While Bendix has always preferred to let the commercial vehicle market decide, this is a case in which a mandated technology will undoubtedly help reduce the incidence of both rollover and loss-of control crashes. In fact, the market has already recognised this, with all of the major North American heavy-duty truck manufacturers offering electronic stability control as standard on most models.”

“That will also help increase the use of other safety technologies, such as collision mitigation, because these are built on top of stability control,” he told US publication Transport Topics.

“There’s not often that there’s actually a good mandate that’s done. But, in this particular case, this one is actually good,” Andersky said.

“They have to go through and prove that the assumptions that they put out when this technology was mandated, they have to go out there and disprove what they said at the time,” Boland told Bloomberg BNA.

NHTSA would have to make the case that the technology was not effective or necessary, Bloomberg BNA reported.