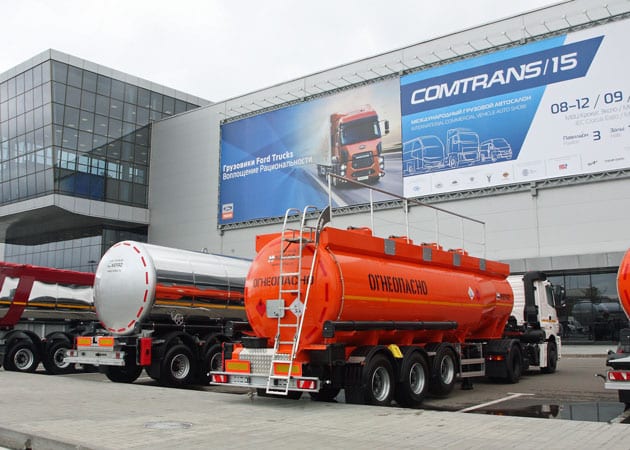 Organisers have confirmed that Comtrans will return to Moscow’s Crocus Expo Centre at the beginning of September.

“[Comtrans] has become a significant platform for vehicle, component and accessory manufacturers in the worldwide commercial vehicle industry,” event company ITEMF Expo and OAR, the Association of Russian Automakers, said in a joint press release.

“Comtrans is the leading commercial vehicle exhibition in Russia”, explained Sergey Alexandrov, General Director of ITEMF Expo. “We are [experiencing] great interest, not only from Russia and its neighboring countries, but also from central and western Europe, Turkey, China, Korea, India and even Africa.”

According to Alexandrov, many exhibitors from previous years have already confirmed their participation for the upcoming 2017 edition, with a total of 200 expected come September.

Alexandrov also confirmed that Comtrans will once again host an awards ceremony to honour the “Best Commercial Vehicle of the Year in Russia”.

“The Best Commercial Vehicle of the Year in Russia is an annual non-profit event,” he said. “The Jury is represented by prominent journalists working in designated Russian periodicals, which regularly cover vehicle topics.”

For the first time, Comtrans will also host the Moscow Commercial Vehicle Summit this year, which will be co-organized by the Association of European Businesses in Russia (AEB) with the support of OAR and the International Road Transport Union (IRU).

“With the Moscow Commercial Vehicle Summit, we intend to establish a key business platform where on the one hand government representatives report on actual status, results of changes and state supporting measures, and on the other hand, top-management representatives share strategies and present their plans”, Alexandrov explained.

“At the same time, this major conference will provide a platform for all market players to discuss pressing issues.”

Comtrans will take place from 5 to 9 September 2017 at the Crocus Expo Centre in Moscow.