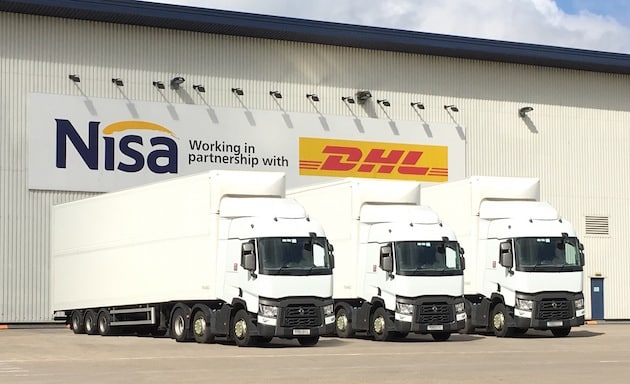 According to Schmitz Cargobull, its trailers make up more than half of Deans Transport’s 130-strong fleet, and the new additions are likely to be in operation for around seven years.

Mark Dean, Owner of Deans Transport, said: “Customers actively ask for Schmitz Cargobull trailers because they are robust and easy to maintain. They often comment on the quality build and the extras including rear buffers and the tough insulation panels.

“We get the added bonus of a higher resale value when we come to sell them on, and the service I receive from the team is always very efficient. The trailers arrive on time, and any spare parts we need are delivered quickly ensuring the trailers stay on the road.”

The trailers are a contract operated by DHL Supply Chain and reportedly allowed Nisa to remove 10 trailers from the fleet due to the efficiency gains.

Lee Vickers, Head of Logistics at Nisa Retail, explained: “We distribute substantial ambient volumes into the south of the country from Scunthorpe and the introduction of Transdek trailers has allowed us to reduce the primary transport profile by circa 25 trunks per week by using the additional floor space and weight capacity more effectively.

“At a time when innovation and reducing cost is critical in the convenience sector in order to remain competitive, Transdek’s products have supported this agenda.”

Welsh company, Brace’s Bakery, has also added a quantity of Cartwright trailers to its vehicle fleet for trunking bread to London and the East Midlands, as well as local retailers and third party suppliers.

Jason Salter, Head of Transport and Distribution for Brace’s Bakery, commented: “This is our first order from Cartwright although we have rented trailers in the past.  The trailers include a sliding deck as well as a tail-lift to reduce the damage previously experienced with column tail-lifts in loading bays,” Salter said.

“The tail-lifts are twice as fast as the old column tail-lifts and the time saving is phenomenal. Our drivers have been contacting us to say they are the best trailers they have ever had.

“The build and paint quality is very high compared to the other trailers that I have seen over the past five years from other manufacturers. We are a very happy customer.”

Gareth McCormick, Group Plant Supervisor at Severfield, said, “We had a requirement for a new trailer system and wanted to create something that was unique to us. When designing, we considered our plant fleet and the requirements of adding tailored safety features.”

Some of the features that formed part of the design include an air assisted ramp, a gate system fitted to the front of the trailer to allow safe access from the cab and additional rear camera.