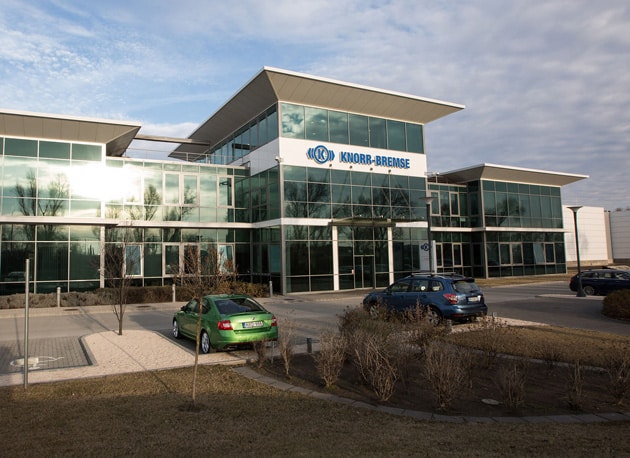 Following a record seven acquisitions in 2016, German braking technology expert, Knorr-Bremse, has seen sales drop 5.8 per cent to €5.49 billion for the year gone.

However, the “market-led downturn” was less severe when adjusted for foreign exchange effects, the company said, at -1.9 per cent.

With sales of €2.52 billion, the company’s Commercial Vehicle Systems division was slightly up on the previous year result of €2.49 billion. “The truck and trailer business in Europe and Asia, and in China in particular, showed positive development and offset the cyclic market downturn in North America,” Knorr-Bremse pointed out in a media statement.

Klaus Deller, Chairman of the Executive Board of Knorr-Bremse, was still positive about the company’s overall performance in the year gone: “In a phase marked by a market-led slowdown in growth, we were able to further strengthen our position in the various regions and gear our Group increasingly to the generation of sustainable and profitable growth in the years ahead,” he said.

“The acquisitions alone open up additional sales potential of approximately €1 billion. With the opening of the new Development Center at our Munich plant, we are also in a position to successfully shape the major topics of the future in our industry, such as system connectivity, automated driving, digitalization and energy efficiency.”

Deller also touched on the pending take over of Swedish rival, Haldex. “The aim here is to join forces with Haldex to expand the product portfolio, particularly in the trailer brake and air suspension systems segment, and actively drive forward the development of system solutions for automated and/or autonomous driving for truck-trailer combinations,” he said.

The acquisition is still subject to approval by anti-trust authorities in both the US and the EU.

“Advances in automated driving, electrification and digitalization are transforming our industry,” he explained.

“Knorr-Bremse will play an active part in shaping this transformation by driving forward the connectivity and integration of our systems and by continuously expanding our portfolio through acquisitions. This way, in the future we will remain the first choice partner for vehicle manufacturers and operators alike.”