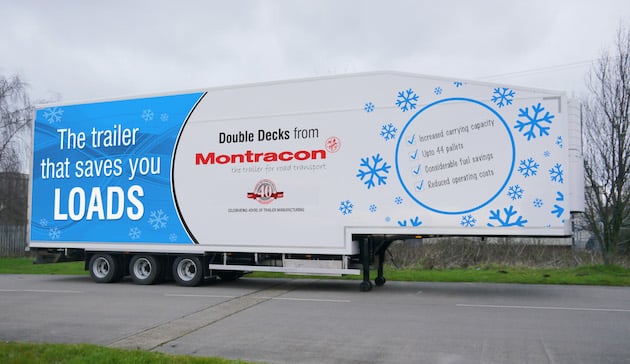 UK trailer builders Montracon and Transdek have announced which of their new trailer models will be on display at the Commercial Vehicles Show in Birmingham in April.

The Show, which takes place at the NEC in Birmingham on 25-27 April, will provide the first opportunity for visitors to see Montracon's new twin lifting deck reefer, rigid curtain-sider chassis and versatile machinery carrier, as well as Transdek's new XL double deck trailer.

According to Montracon, its double deck reefer can carry 44 pallets split across two levels and over the swan neck, and boasts the Ascend Trailermaster monitoring system.

The 13.6m double deck semi-trailer from Transdek can carry up to 38 pallets across its two levels, and will be accompanied at the Show with the company's 52-pallet Wedge double deck trailer. Both trailer models feature Transdek’s V-Glide double deck rear doors, which optimise internal load space and security.