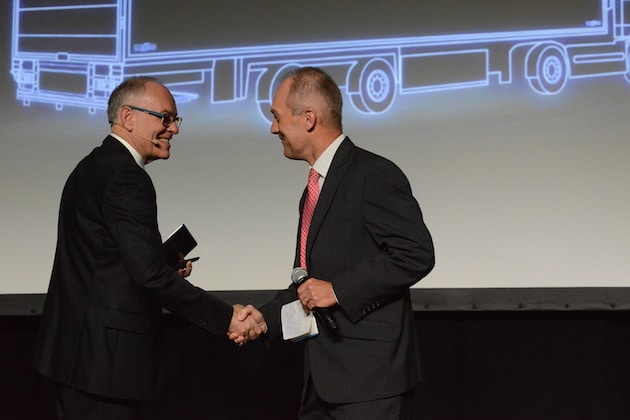 Over the past 18 months, Chereau and Spanish trailer builder SOL were both acquired by Spain's Muira Private Equity and together form The Reefer Group, which aims to become the European leader specialising in the design, manufacture and marketing of refrigerated trucks and semi-trailers.

SinceJanuary 2017, former CEO of Chereau, Alain Guermeur, ascended to the Chairman of TRG, taking charge of the group's external growth, while the role of directly managing Chereau is now filled by Damien Destremau, who comes from a 20 year career at Michelin.

“New acquisitions will be made to consolidate our geographic positions and accelerate our diversification of products, in particular towards the [light commercial vehicle market],” Destremau told French magazine, Décision Atelier.

The French trailer builder's first year as part of TRG in 2016 achieved record growth, reporting turnover of €199 million, representing a 16 per cent increase over 2015 and more than double its turnover since 2010.

Currently, Chereau claims to have grown to hold a 46.1 per cent market share in its home market in France in 2016, and also experienced substantial growth in Spain (+23 per cent), capturing a market share of 8.4 per cent.

Spanish builder SOL holds a market share of 17.9 per cent in its home country, combining with Chereau to reportedly lead the nation's market.

The two refrigerated trailer manufacturers operate side by side by targeting clearly distinguished market segments, Chereau as the 'premium' brand and SOL as the price competitive option, according to Décision Atelier

“Trademark territories had to be clearly defined to avoid areas of friction,” Guermeur told the magazine.