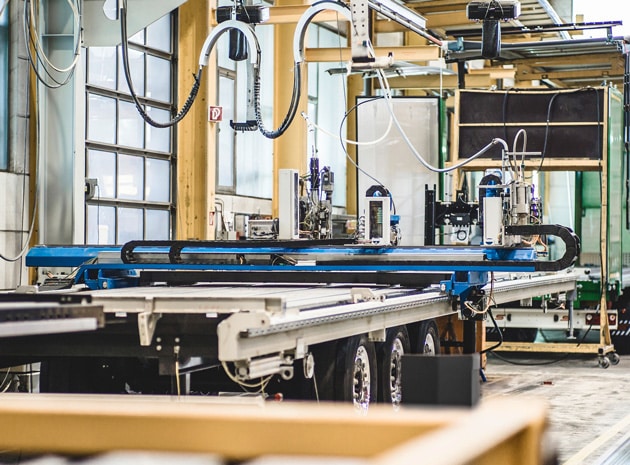 A 10 per cent plus in revenue has inspired Austrian OEM, Schwarzmüller, to set ambitious goals for the year ahead.

According to CEO, Roland Hartwig, the number of commercial vehicles manufactured across the company’s three main factories increased 13.7 per cent to 8,866 in the year gone, generating total revenue of  €342 million.

In 2017, he said the company will once again experience double-digit growth, with a goal of €380 million in revenue and 9,500 manufactured vehicles.

According to Hartwig, who joined the company a year ago, Schwarzmüller is the best-selling brand in Austria, where it sold 2,300 vehicles in 2016.

Germany, however, is quickly catching up in importance. Hartwig said some 1,920 vehicles were manufactured for Europe’s largest commercial vehicle market in 2016 – a 20 per cent increase compared to 2015 that is largely attributed to a buoyant construction industry.

“We made good use of the high international demand in the past year,”
Hartwig summarised, adding that production at the company’s three main sites in Austria, Hungary and the Czech Republic had been “reorganised” during his first year in office.

“We were able to build 1,000 more vehicles with almost the same number of employees. This was made possible by optimising the use of available resources.”

In 2017, Hartwig said the OEM will be switching to an even more streamlines production process that will allow it to produce customised vehicles with “considerably shorter throughput times”.

“This requires massive changes to the manufacturing and assembly processes,” Hartwig explained. “Sequencing of the entire process chain is rare in the industry and only used by premium manufacturers.

“The central issue is the quality of the employees. It is increasingly difficult to find experts; therefore, the company's in-house training has received a massive push.”

Until 2020, Schwarzmüller reportedly plans to invest a total of €30 million in automating processes and implementing “smart” production processes.

Hartwig added he has a “cautiously positive” view of the economic environment in Europe, “but international political risks cannot be overlooked”.