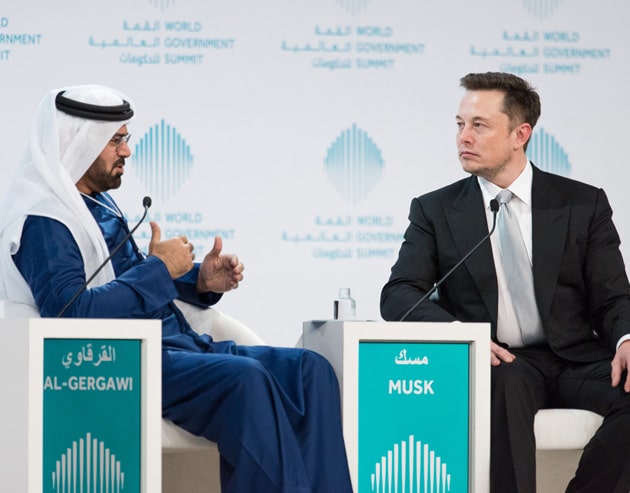 Tesla Chief Executive, Elon Musk, used the fifth annual World Government Summit in Dubai last week to point out that autonomous vehicles could arrive sooner than many of us expect and thus be much more disruptive than anticipated.

In a conversation with Travis Kalanick, CEO and co-founder of Uber, Musk predicted roads will be populated with self-driving vehicles in less than five years – an estimate that is in line with comments made by a US expert earlier this month.

Kalanick added that Uber will continue to evolve in line with the transport market. “We will partner with the car industry,” he said with view to the passenger vehicle segment.

“We want cars to be available everywhere every time efficient, quick, reliable, affordable, and fully democratized. Push a button and go where you want to go.”

His three-year vision is equally ambitious: “Uber is at the beginning of becoming a robotics company,” Kalanick explained. “Once movement in cities becomes autonomous, there will be all sorts of interesting robotics challenges.”

Musk also sounded a cautionary note to governments as technology continues to improve efficiency, saying a “universal basic income” will be necessary as there will be “fewer jobs that a robot cannot do better.”

With regard to the commercial side of the equation, food security proved to be a key theme of the Summit – especially in developing nations.

Tshering Tobgay, the Prime Minister of Bhutan, highlighted that “one third of our global food supply, worth US$2.6 trillion (€2.46 trillion) annually, is routinely wasted.”