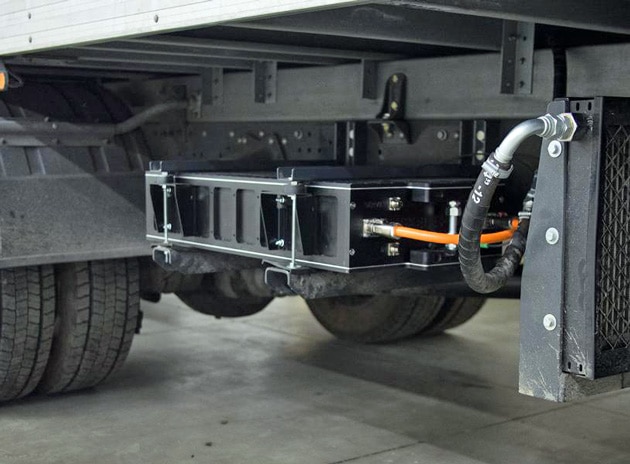 Skeleton Technologies, which is best known in the trailer community for partnering with Adgero on the development of a trail-blazing Kinetic Energy Recovery System (KERS), has raised €15 million in funding from the European Investment Bank (EIB).

According to the EIB, the “quasi equity financing” is guaranteed under the European Fund for Strategic Investments (EFSI) and will allow Skeleton Technologies to fund the R&D for the further development of its products – mainly ultracapacitors and ultracapacitor-based energy storage solutions based on a graphene-type material.

Skeleton Technologies had previously raised €26.7 million of capital investments, with the latest funding round bringing the total to €41.7 million.

EIB Vice President, Jan Vapaavuori, commented: “The EIB financing will provide Skeleton a powerful financial boost to accelerate production, R&D and commercial development with a view to deploy its graphene-based ultracapacitors not only across the European continent, but also globally.

“It will allow the company to fully exploit its leading scientific knowledge in the field, gain critical mass and become significant in a market with huge potential.”

Skeleton Technologies’ CEO, Taavi Madiberk, said:  “This EIB loan is an important milestone for the company, not only providing more financial power to achieve our goals, but also serving as a sign of trust for our customers and partners.

“The loan will enable us to focus our efforts on bringing energy savings from our technology to transportation and power grids, where reducing CO2 emissions will have the largest impact both financially and environmentally.”

Ultracapacitors are an emerging technology used for fast energy storage. Capable of rapid charging in a matter of seconds and able to provide over a million charge/discharge cycles, they offer benefits in industries where reliable, instant power is a necessity.