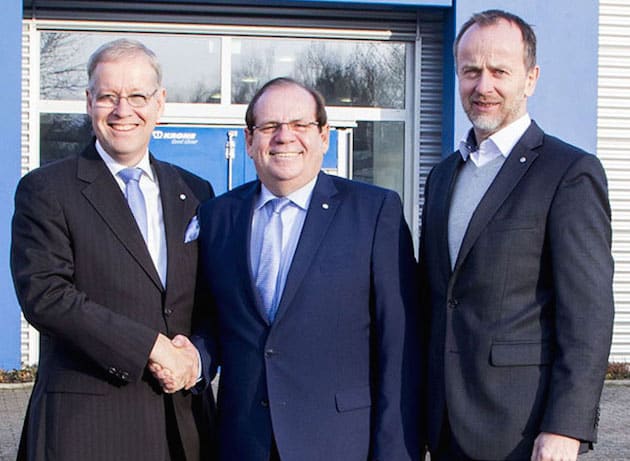 Gábor Somogyi (below left) has replaced Nachtelberger, as Managing Director in Hungary, while Dr Frank Albers (below right) will now also be managing Austria in addition to his current position as Sales Manager Germany.

“Over the past years Hannes Nachtelberger has provided us with sustained and effective support in our further expansion of Krone’s position in Austria and Hungary. It was under his leadership, for example, that Krone Trailer SE Kft. in Budapest was established and developed.

“This was concurrent with the development and expansion of a new sales organisation, including the restructure of sales regions in Hungary as well as the establishment of a used vehicle centre, the expansion of service workshops and organisation of the sale of Krone Parts in Hungary.

“As the sales manager for Austria, he oversaw the development of a new, bigger sales organisation including its new structures. Sales regions were also redistributed under his leadership, and the network of Krone service partners was strategically expanded.

“Thanks to his exemplary commitment, Krone was able to further increase its market shares and sales figures both in Hungary and in Austria,” Schulze Isfort added.

“We wish Hannes Nachtelberger all the best and, above all, much health for his future life and thank him for his outstanding commitment,” said Bernard Krone and Schulze Isfort at Nachtelberger's farewell.