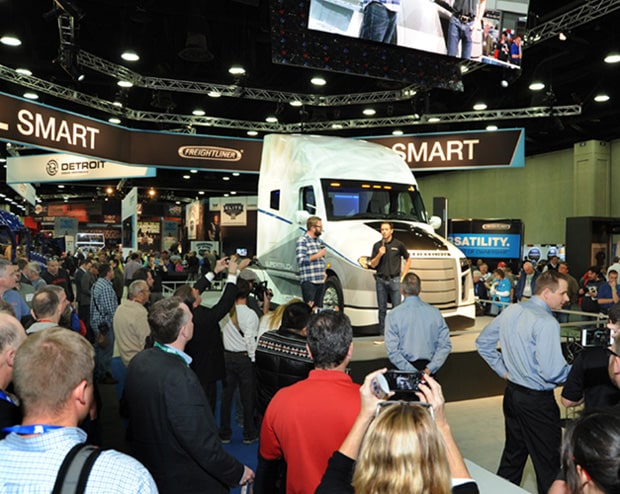 Despite rising competition on the North American truck show market, the team behind the Mid-America Truck Show (MATS) is buoyant about this year’s event.

“As of today, we have more than 900 companies signed on to exhibit, representing all major product categories in heavy-duty trucking and covering 1 million square feet of exhibit space,” the organisers announced in a media statement.

The Louisville, Kentucky-based show is slated to take place from 23-25 March, and has reportedly managed to attract most truck OEMs in some capacity.

“Most of the truck manufacturers are exhibiting at the 2017 MATS, including Kenworth, Mack, Peterbilt and Western Star,” the organisers pointed out.

Kenworth, Peterbilt, Mack and Western Star have all confirmed they will return to the show after a one-year absence, while Freightliner, Navistar and Volvo – non-exhibitors in 2016 – said they will not exhibit at MATS this year.

According to the official MATS website, Utility Trailer Manufacturing, Hyundai Translead, MAC Trailers and Canadian OEM Manac will all be part of the show, whereas Great Dane and Wabash National’s attendance has not been confirmed.

Equipment powerhouse SAF-Holland will be present in an aftermarket capacity, according to CEO, Detlef Borghardt.